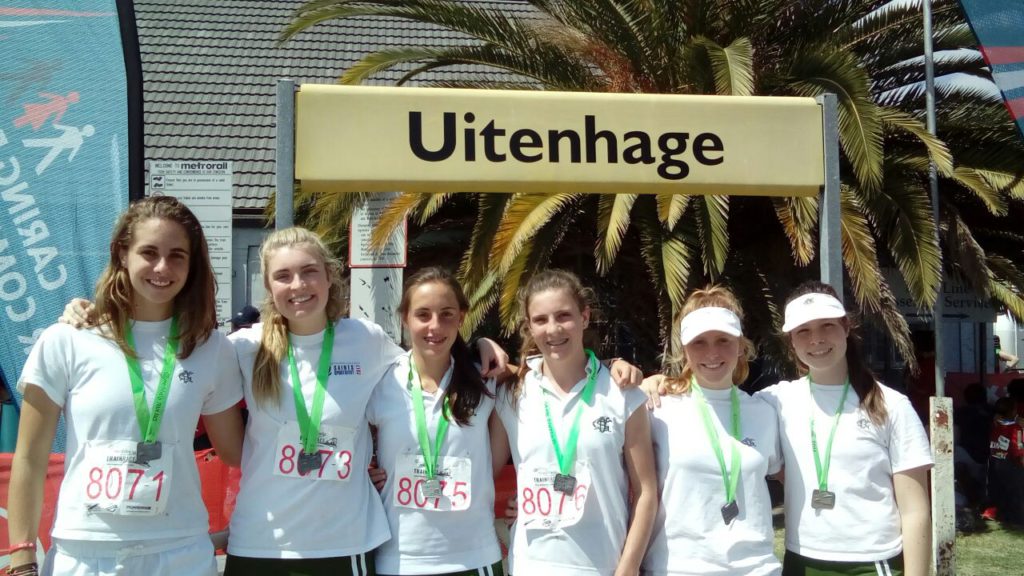 The race took place on Sunday, starting in Port Elizabeth station and ending the at Uitenhage station. Five runners and one mountain biker make up a team.

This year the Machine triumphed over man and woman, with nearly 200 teams challenging the train.

DF Malherbe (team name Fit for Christ) caused some confusion as they were initially placed in the social category. However, Michael Zoetmulder, managing director of Zsportsconfirmed that all the team members were from the same school thus placing DF Malherbe ahead of DSG.

This unique race to Nelson Mandela Bay gives athletes the opportunity to compete against a Metro Train in the only event of its kind that links the three towns which make up the Metro. A record number of teams set off from Port Elizabeth station in near perfect running conditions which got progressively hotter as they came towards Uitenhage. The young team from Gamble Pharmacy set a blistering pace over the 38km distance, only to be overtaken by the train with just over a kilometre to the end.

More than 700 train passengers enjoyed the experience of rail travel and pulled into Uitenhage Station just three minutes and 37 seconds ahead of the Gamble Pharmacy team who finished in a time of 1:50:17 – just over a minute slower than their winning time last year. SPAR DC Corporate finished second in 1:52 and Gamble Pharmacy’s second team finished in third place. Transnet Running Club won the Club category ahead of Despatch AC and SPAR DC athletics club. In the social category it was the DC runners winning ahead of the Red Steam Runners and the Cooler Cats. In the individual category, Bruce Gie finished the race in a time of two hours and 32 minutes.

Heyn van Rooyen, Principal Officer of Medihelp Medical Scheme came down from Pretoria to enjoy the train trip. He said Medihelp felt privileged to be part of the unique experience and was looking forward to returning next year for the 2018 Medihelp Nelson Mandela Bay Train Race.