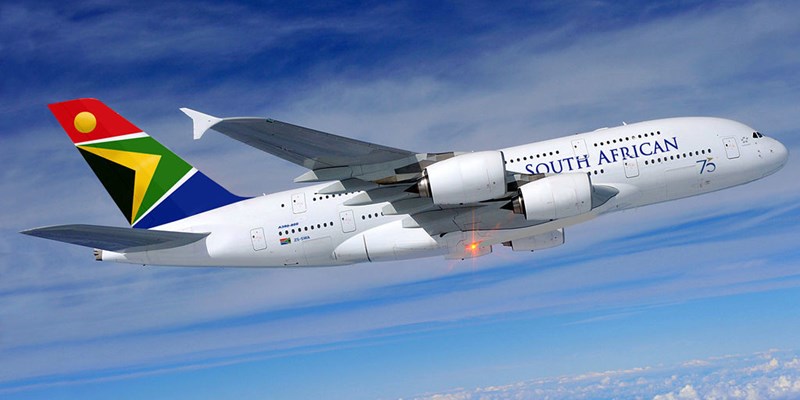 South African Airways (SAA) has announced network routes reductions to help the national carrier cut costs. Effective from 29 October, SAA will reduce daily flights to Port Elizabeth from four to two. Flights to East London will be reduced from three to two.

Flights to Brazzaville, Pointe Noir in the Congo and Libreville in Gabon, with connections onward to Cotonou in Benin, and Douala in Cameroon are under review. The national carrier is evaluating options to reduce operations or downgauge aircraft type, which entails a change of aircraft while retaining the same flight number.

Flights to Luanda in Angola will be reduced from seven to four per week and the aircraft type will be downgauged, and Kinshasa in the Democratic Republic of the Congo from five to four per week.

“There is every urgency to aggressively implement this turnaround plan in a manner that shows results in improved efficiencies and ensure schedule integrity for all our customers. We are therefore monitoring route performance and have made some capacity adjustments to align our schedule and frequency for sustainable and profitable outcomes,” said SAA spokesperson Tlali Tlali.

Demand in Central Africa had remained at levels similar to last year due to slow economic growth in the region.

“Our intention therefore is to maintain our presence in these markets and we have initiated discussions with our partners to decide on the best option to serve these markets. These changes will enable SAA to revise its schedules and frequencies as and when needed in order to meet the ever changing demand patterns across its network,” said Tlali.

SAA said it would honour its obligations to all ticketed passengers who purchased tickets in advance. Ticketed customers will be re-accommodated on other flights.

SAA said it had shared its plans with various stakeholders in the travel industry, the shareholders and Parliament. Implementation of the five-year plan sought to return the company to financial sustainability in the shortest time possible.

The announcement of network reductions follows hot on the heels of the airline’s announcement of the start date of its new Chief Executive Officer, Vuyani Jarana. On Friday, the national carrier announced that Jarana would commence working at the airline’s headquarters, Airways Park in Johannesburg on 1 November.

“Jarana’s appointment will bring stability to the executive tier of the airline’s leadership,” Treasury said. “This will also enable the acting CEO, Musa Zwane, to return to the maintenance subsidiary, SAA Technical, where he is a full-time chief executive.”

Jarana is appointed on a five-year contract. – SAnews.gov.za