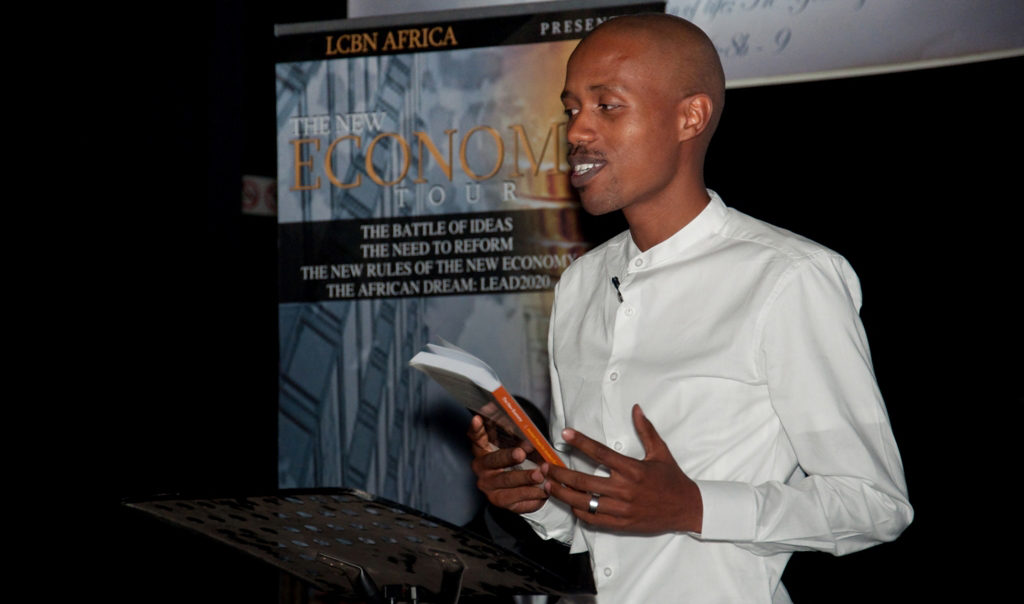 African Christian Democratic Party Member of Parliament Steven Swart and entrepreneur Thabo Mahlobo will be in Grahamstown this weekend for the New Economy Book Tour hosted by Christians@Rhodes.

“South Africans are currently facing the triple challenges of poverty, unemployment and inequality. Our
nation is crying for hope,” the organisation said. “With the economic growth rate of South Africa being below one percent, there is an opportunity for Kingdom based solutions to address our current challenges.”

The tour will launch Mahlobo’s The New Economy, described in a media release as “a navigation guide for Christians in the midst of the economic conditions we face in South Africa”.

Mahlobo defines the New Economy as “an economy established on principles that are timeless, eternal, an economy that is neither socialist nor capitalist but dependent on God as King, and His agenda for the earth”.

Mahlobo is currently touring South Africa and sharing the key principles contained in the book.

“It has been well received by various key influencers, business organisations, Churches, municipalities,
and other government entities,” Christians@Rhodes said. “Most recently, the second edition of the book was launched in Parliament and approved for admission into the Parliament Library.”

The New Economy Book Tour will be in Grahamstown from 29 September to 2 October 2017. Christians at Rhodes will host the Grahamstown leg of the book tour, in partnership with the Mahlobo Foundation and Cegullah. The activities will run over two days, comprising a keynote address followed by a panel discussion.