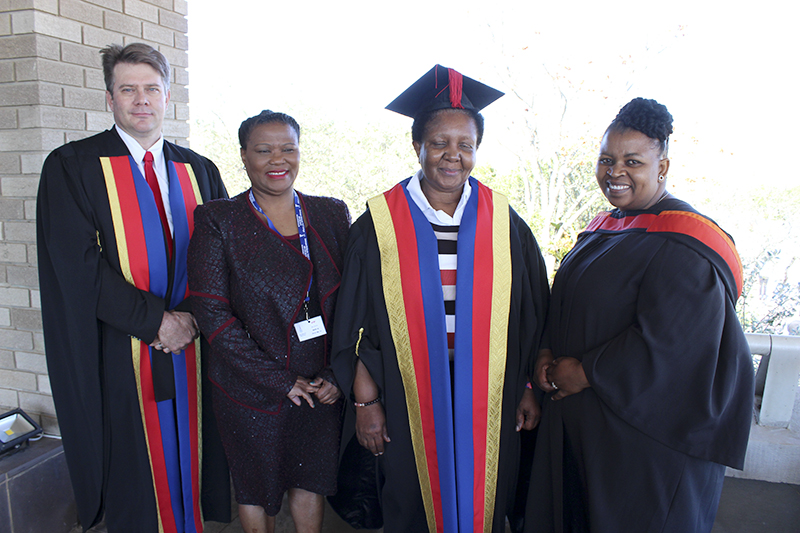 A prestigious ceremony in the Monument’s Guy Butler Theatre on Friday 8 September celebrated the graduation of 730 students from the Eastcape Midlands TVET College in Grahamstown.

The ceremony saw 693 exit-level students from the School of Business, Art and Social Sciences obtaining their Certificates, while 37 students from the same School received their National N Diplomas, all for the academic years 2014, 2015 and 2016.

Meritorious awards handed over at the ceremony included The Principal’s Award and the National Top Achievers Award.

The Principal’s Award is usually awarded to only one student of each School, who has obtained an average of 75% throughout their studies and has been an exemplary student, abiding to the College’s Code of Conduct.

This year, Grahamstown conferred the Principal’s Award on two of its model students: Phumlani Constance Seti and Sandisiwe Libi.

Phumlani Seti obtained an average of 82% over her period of study in the National Certificate Vocational programme Tourism Level 4 in the School of Art & Social Sciences in 2016.

Sandisiwe Libi obtained an average of 81% over her period of study in the programme for Human Resource Management N6, Report 191 in the School of Business in 2016.

National Top Achievers Awards are awarded to students placed in the top ten in the country for excellent subject results. For the years 2014, 2015 and 2016, EMC was able to award 10 students from their Grahamstown Campus. All 10 came from the School of Business & Art and Social Science.

EMC was proud to announce their 5% improvement in certification from the year 2014 to 2016.