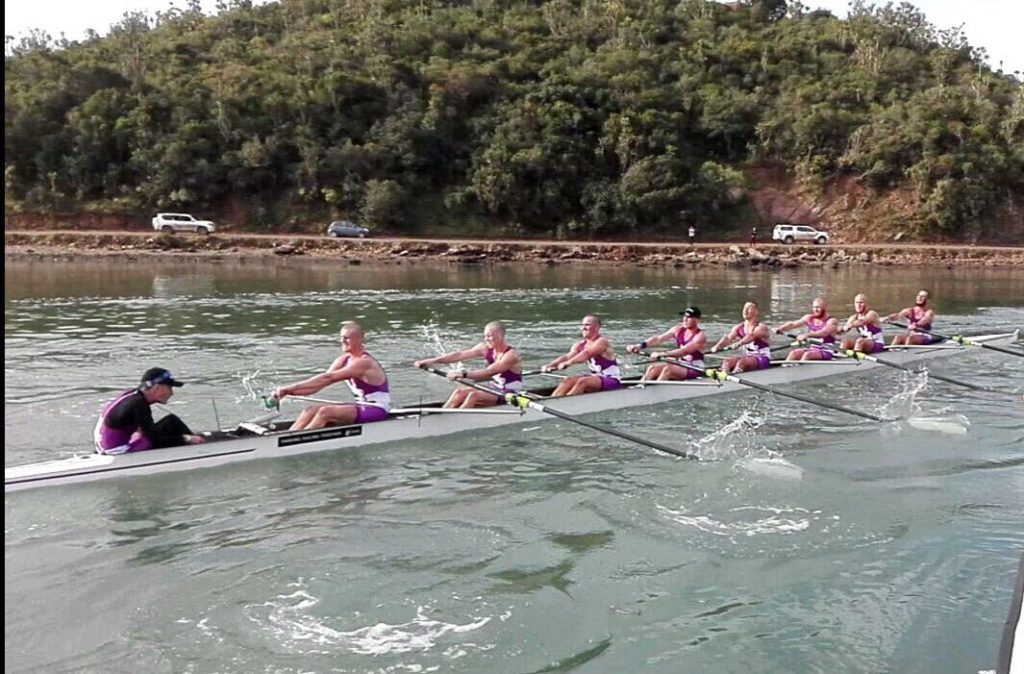 The 2017 Boat Races held last weekend at the Kowie River in Port Alfred showcased South Africa’s top rowing institutions in a three-day competition, with the University of Pretoria and the University of Johannesburg being crowned men’s and women’s Rand Merchant Bank (RMB) champions respectively.

Rhodes University proved strong competitors too this year, with the Men’s A division reaching a third consecutive final where they finished second to Pretoria, while the women’s A crew came in third, missing the final by a single second. Michelle Kotze from Rhodes won a gold medal in the Women’s Heavyweight division of the USSA 5Km Indoor Regatta, setting a new record in the process. Meanwhile, another Rhodent, Murray Bales-Smith also won gold, in the men’s Lightweight division of the USSA 5Km Indoor Regatta. A third local student, Welcome Sidyiyo won the Cup as Best Cox.

The physically demanding race was not made any easier by the turbulent waters caused by a three-day rainstorm that hit many parts of the Eastern Cape recently. Teams were challenged to not only maintain their speed but to row against the current. Rower Ben Godfrey of Rhodes’ Men’s A division described the experience of his first Boat Race as an indescribable journey with mental, physical and emotional strain, which made him grow as an individual and as a competitor.

The intensive training leading up to the races was grueling, with  teams taking to to local training facilities, dams and rivers to practice endurance and crew dynamic. Kessia Theron explained that the Rhodes teams had to make regular trips to Port Alfred to train as the water levels in the Grahamstown dams were too low, adding another challenge. However, her first experience of rowing as part of the women’s A crew gratifying, Theron said, adding that the pressures of preparation were outweighed by the bond created among the crew.

Many students went to the Kowie River to support their teams, especially from Rhodes and gave the three-day tournament a festive vibe with live entertainment and food stalls keeping them happy throughout.