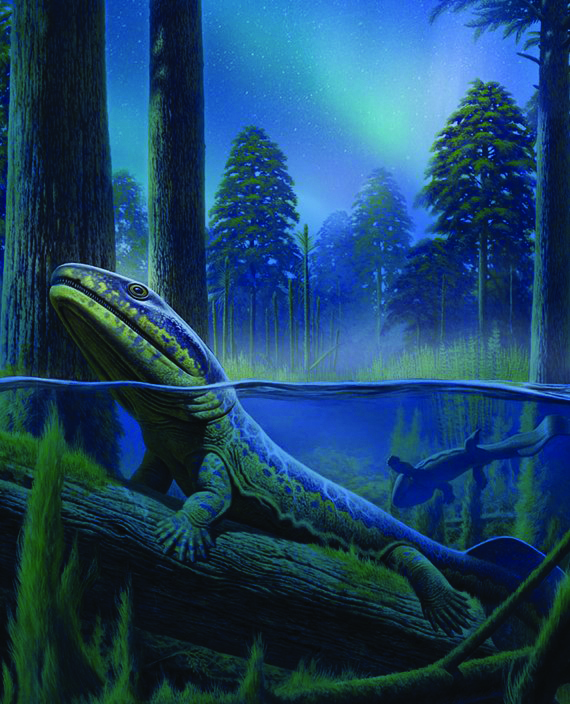 Palaeontologist Per Ahlberg from Uppsala University in Sweden is currently doing research with Dr Rob Gess on Devonian transitional tetrapod remains from Waterloo Farm, Grahamstown. Ahlberg is the world leader in this field and has agreed to give a public lecture on the fish tetrapod transition at 5.30pm on Wednesday 27 September in the Rennie wing of the Albany Museum in Grahamstown.

He is an engaging speaker presenting on the origin of tetrapods: when, where and how? The origin of tetrapods or land vertebrates, about 400 million years ago, was one of the pivotal events in the history of life: it gave rise to an entirely new type of animal that has had a major role in every terrestrial ecosystem since that time, and has diversified into tens of thousands of species – including ourselves.

But when, where and how did this momentous event occur?

Drawing on three decades of research, Ahlberg will present an overview of the state of our knowledge, and show how the picture is both more complex and more interesting than the straightforward fish-to-amphibian narrative portrayed in the popular literature.

Startling new evidence is coming to light all over the world – including in South Africa.