Hogsback gears up for reforestation and restoration 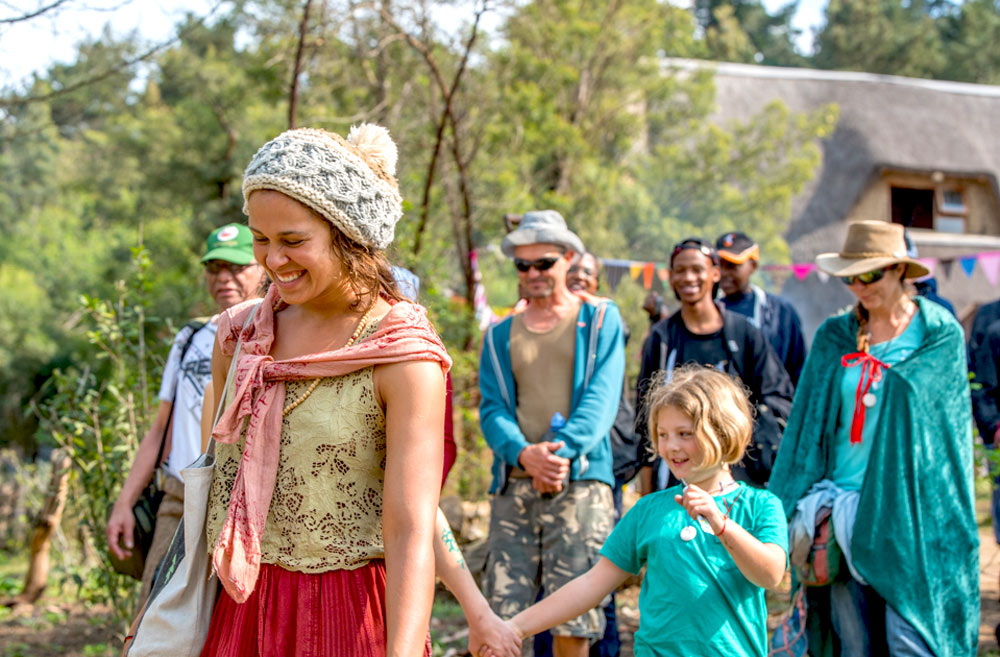 Nestled in the Amathole mountains near Hogsback in the Eastern Cape, Terra-Khaya backpackers is once again partnering with Greenpop and gearing up to host this year’s Festival of Trees, aimed at rebuilding the local ecosystem, one sapling at a time. From 22 to 25 September 2017, the festival will celebrate one of South Africa’s natural gems and actively involve participants in preserving it from threats of deforestation and invader species.

A week of workshops, talks and tree-planting followed by two days of local music and celebration, the annual festival has become a landmark events on the South African green community calendar. With a strong primary focus on indigenous reforestation of the area, the Festival of Trees calls on
hundreds of particpants from across the country to help restore the local ecosystem.

The Hogsback area boasts one of Southern Africa’s richest forests with 1215 endemic plant species, under severe threat from ever-expanding invaders such as wattle as well as habitat reduction and soil erosion caused by numerous other factors.

The effects of these are long-lasting and widespread, endangering local vegetation, in some cases to the point of extinction. So Terra-Khaya has teamed up with long time partners Greenpop, a Cape Town-based urban greening and reforestation organisation.

By bringing people together for the common cause, the festival is set out with an aim of planting thousands of indigenous trees of various species, using an inter-planting method whereby young saplings are planted between thinned-out older trees that will provide a natural “nursery” environment for them to thrive in. The festival also serves as a flagship event for the reforestation movement, raising awareness
around the issue and spreading the word of its importance to the planet’s ecosystem as a whole. On top of the tree-planting and reforestation, there will be a host of several activities and experiences ranging from musical performances by local bands, performers and DJs to yoga sessions, fire dancing, workshops and hikes. The musical lineup includes the likes of The Steezies, Roxton met Herkie, Belle &amp; The Beard, Khoisan Boy_Man, Mike Didge, Nevau and many other local artists. Walks and tours are hosted by Terra-Khaya founder Shane Eades. isiXhosa
language workshops are by Ubuntu Bridge; and numerous courses include permaculture, natural building,
foraging, beekeeping, natural horsemanship and herbal medicine.

Terra-Khaya will be offering delectable vegetarian meals throughout the week, as well as play host to most of those camping on the grounds.

Festival tickets are available at R580 for adults and R480 for children (ages 4-12), and include camping at Terra-Khaya for three nights, three meals on the planting day, and trees for planting. All that visitors will need to organise is food for the eco-week, camping gear and transport to the campsite.

About Greenpop
Greenpop is on a mission to (re)connect people with our planet. They plant trees and have fun doing it.
They plant trees in urban greening and reforestation projects and host green events, educational
workshops and festivals of action to inspire people to get active about a sustainable future.
Website: www.greenpop.org

The irreplaceable power of live performances