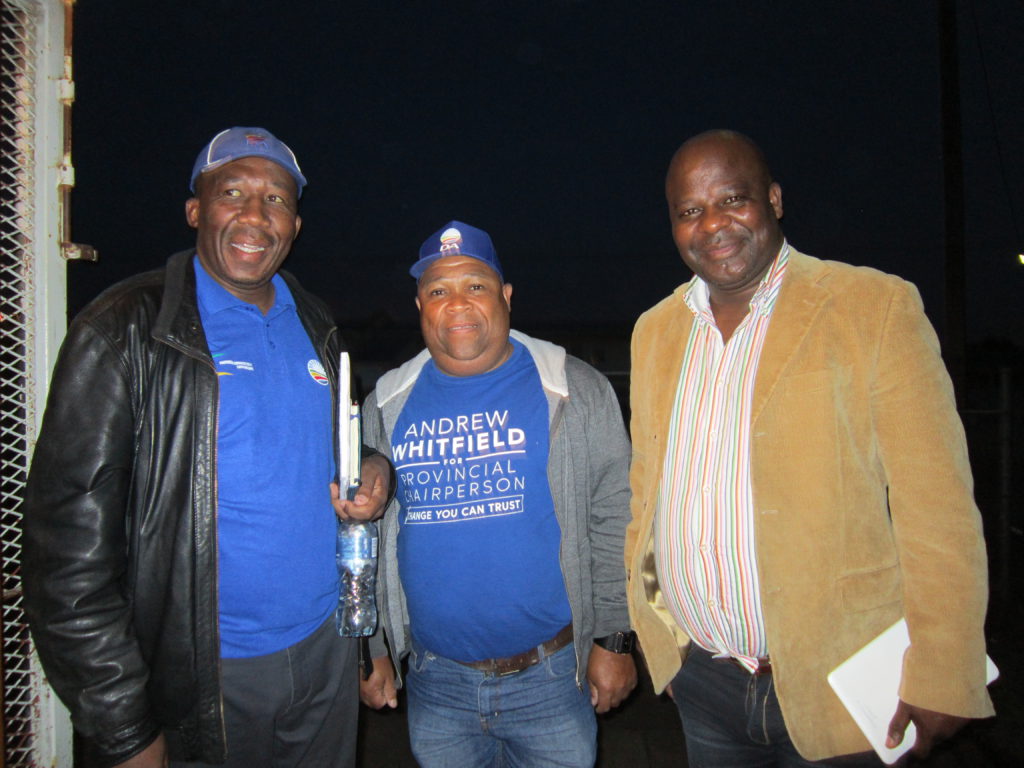 Bhanga addressed residents in an early lead-up to the campaign for the 2019 general elections at the Recreation Hall in Albany Road on 6 September. Other party leaders from across the province were there to show support. The meeting started off with a prayer and various speakers rallied support for the DA.

The DA’s caucus leader, Mlindi Nhanha introduced Bhanga as a freedom fighter who had been relentless in the struggle for the liberation of South Africa. “He was nurtured by upright leaders who had the best interests of the society at heart.” Bhanga is currently a member of the Nelson Mandel Bay mayoral committee and succeeded Athol Trollip as the provincial leader in Nelson Mandela Bay.

“I came here before the provincial elections and said we were going to take over the Nelson Mandela Bay and we did. Now I’m here to tell you that we are going to lead South Africa from 2019,” Bhanga said. “Leadership is about being criticised and accepting when you are wrong. We need people who care. Politics is not what we say here, It’s what we do. More importantly is about the bond and the love we have for democracy.”

Bhanga also mentioned the relations between the UDM and the DA after the removal of the former deputy mayor, Mongameli Bobani, “he tried to prevent us from investigating millions that were being taken from the poor. We needed to remove him from office to defend the poor.” He also said that relations between the two parties were still good despite Bobani’s axing.

Bhanga promised Grahamstown residents the same service delivered in Port Elizabeth and the creation of jobs if they voted for the DA to lead in 2019.

“We need to come together and work as one.We have been rated as the best government in the country, meaning we are doing something right. We are in coalitions with COPE, UDM, ACDP, and the EFF. The people are the ones who wanted the coalition.”

Previous ArticleIn it to win it… pitch like an expert!
Next Article Weather has the final say on trail run