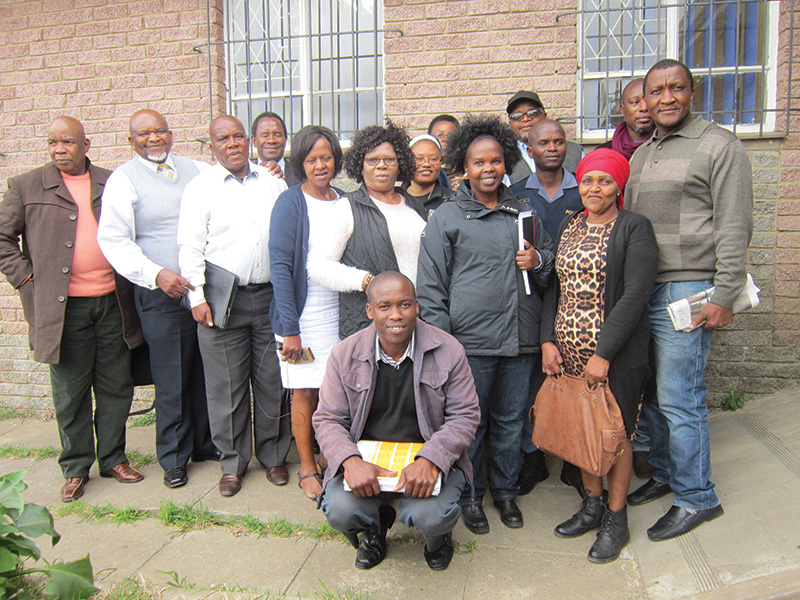 Malnutrition affects children’s growth and development – yet there are many families in Grahamstown that struggle to make ends meet. Ward 2 councillor Ramie Xonxa convened a meeting about food security at the Department of Housing in Joza on Wednesday 14 September. The aim was to establish a Ward Food Security Committee to include the departments of Agriculture, Education, Works, Health, Social Development, Home Affairs, SAPS and Makana Municipality.

According to Section 27 of the Constitution of South Africa, food security is a constitutional right and every citizen has the right to have access to sufficient food and water. In his opening remarks, Xonxa said the food he government provides at schools is not enough and there are homes where families struggle to make ends meet.

Lindile Jela, from Ward 2, referred to the United Nations definition – when all people have access to sufficient food always and in all places. He described food security in four pillars. The first was accountability, which involved the Deptartment of Agriculture. Food should always be made available to people and they should be able to produce or have an income to buy food. The second was accessibility, which involved the Department of Public Works to provide jobs and the Department of Social Development to provide grants and meals for children in Early Child Development (ECD).

The third pillar was utilisation which involved the Department of Education to provide nutrition education and teach people how to prepare food in  healthy way.

The fourth and final pillar was stability of supply. That involved the people who provided the food and they should be able to guarantee a constant flow of food.

Jela said the Deputy President, Premier and Mayor were the political champions of food security at national, regional and local level.

He spoke about the challenges facing Makana with regard to food security, including current stalled procurement processes, the purchasing of food from big companies in the city, local companies not procuring food, the small number of local producers supplying food and poor infrastructure for ECD.

Zama Zikhali, from the Department of Agriculture, said food production should be closer to where people live. “There is limited agricultural land in Makana – yet we’ve got farms and municipal commonages,” he said. He said production on land acquired through Land Reform was often low.

Sizwe Ngqiyaza from Makana’s Local Economic Directorate said the municipality was concerned about commonages and people using land without permission. Adding to this challenge was that Makana was surrounded by game reserves which weren’t interested in producing vegetable gardens.

Makana’sead of SMMEs, Master Ngeleza, said gardens should be planted on municipal land and food sold by co-operatives. He referred to Minister of Rural Development and Land Reform, Gugile Nkwinti’s recent announcement of the ‘One hectare, one household’ policy.

Phumla Nomana who lives in Ward 2 and owns a company called Sondlasonke said they were currently focusing on food gardens and teaching people how to prepare them. “I was impressed by the people in our community who have planted vegetables because the gardens are green and look healthy. We want schools back in the habit of gardening,” she said.

“We also have a list from our local clinics to guide us on deserving people,” he said.

The next IFSS meeting will be on Thursday 12 October 2017.