Ethembeni closes as funds dry up 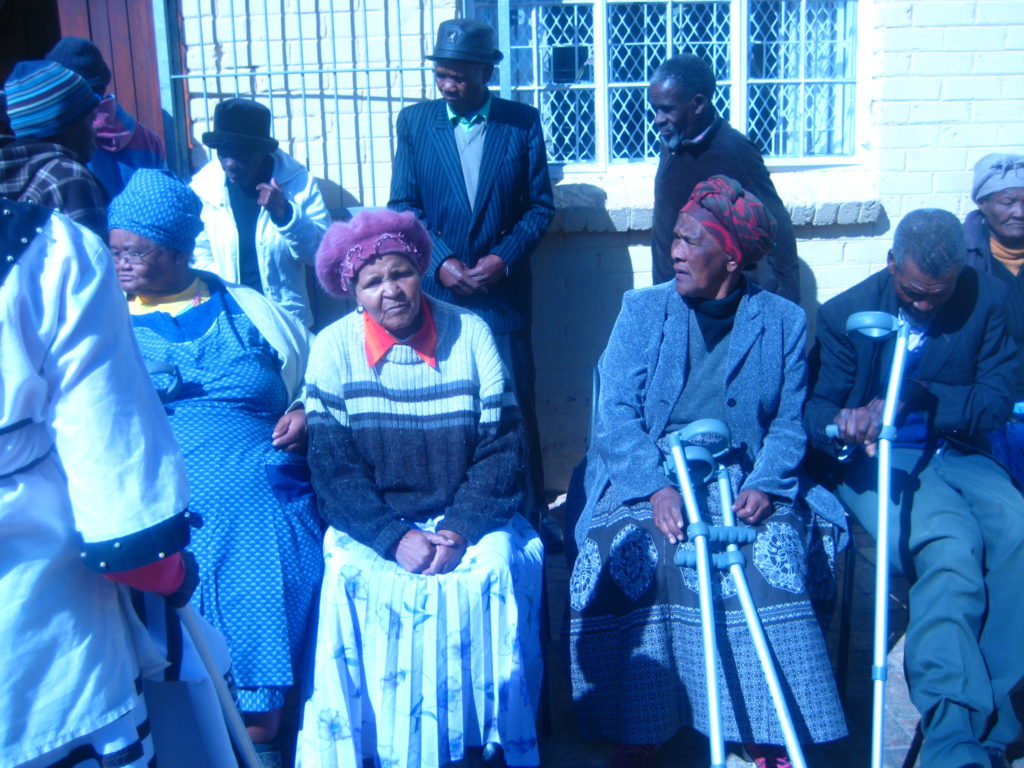 A  Women’s Day treat hosted for the elderly by a group called Good Friends at Ethembeni Old Age Centre was bittersweet.

Ethembeni is a non-residential care facility for the aged, providing nutrition, stimulation and advocacy. It serves retired or disabled persons, including housebound people, to whom meals are also supplied.

It had been a month since the centre was closed.

“The centre was our safe haven. Now it has been taken from us but I thank God that people will hear about it,” said Koliti. “Our hearts are broken by the closing down of the centre.”

When Grocott’s Mail spoke to the Centre’s chairperson, Bonisile Mathyumza, they had yet to meet with the Department of Social Development to negotiate re-opening it. He said the facility had been closed for financial reasons.

Treasurer of the Centre, Brian Fargher, said it was not realistic to re-open, as there was no money to fund the programme.

“It would be even worse to re-open, giving people hope, then closing again after a month,”  Fargher said. He said the Centre’s income had decreased over the years, as Social Development’s subsidy was based on attendance at the Centre and not membership. He said it was half the amount needed to maintain the  programme each month.

Fargher said the Centre’s reserves were used slowly over the years, reaching the stage where only R4 000 remained, at the time of Grocott’s Mail’s visit to the Centre. By the time of publishing this article, the balance had increased to roughly R7 000, according to Fargher; however, there were expenses to be paid from this amount.

“There’s hardly enough money to maintain the place for one month let alone pay the staff “.

Fargher said he would love to see the Centre re-open, as it was a good facility for the elderly; however, without a practical solution to get funding, it could not be maintained.

“We need real money to keep it going,” Fargher said.

Mzukisi Matinise ,Social Development District Spokesperson said they’d been shocked to receive a letter from Ethembeni stating their closure and confirmed the Department was meeting with Ethembeni’s management to try and address the problems.

Social Development provides funds according to a business plan which Ethembeni submits annually.

“The subsidy is R200 per person per month – a figure that has been static for  many years,” Fargher said.

Previous ArticleNo compromise
Next Article Have you lost your cows?