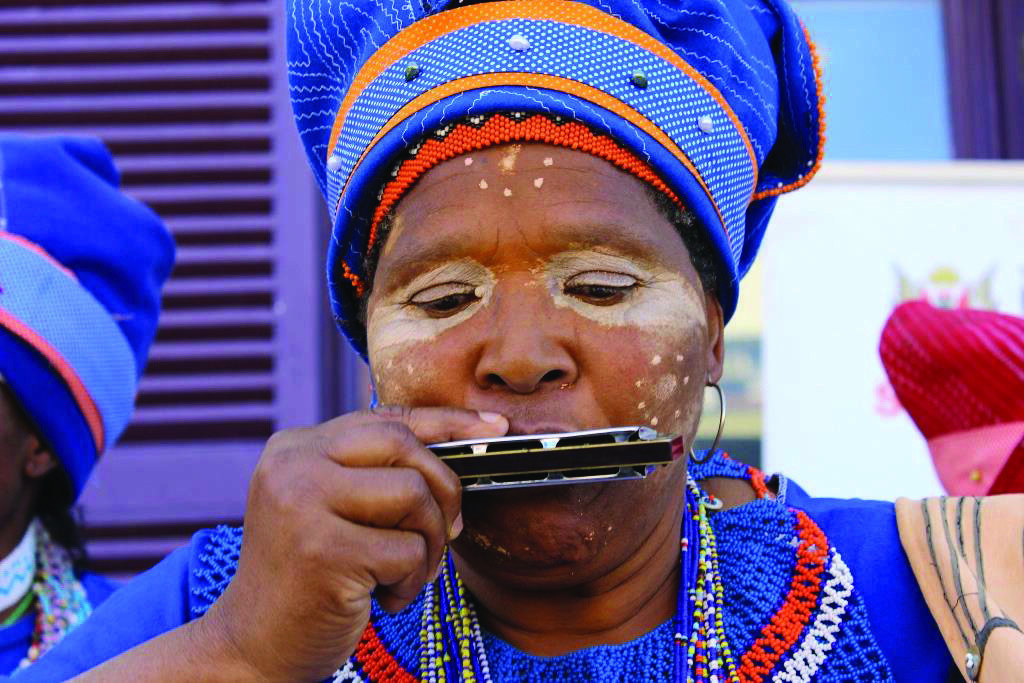 This is a summarised version of the speech delivered on September 8 by Fleur Way-Jones at a ceremony marking the temporary closure of the Observatory Museum on Bathurst Street. The Observatory will be closed while the Department of Public Works undertakes a full restoration of the museum.

As a young man he was sent to Ireland to survey for a railway line, but hours every day in the Irish bogs affected his health. He left for London where he recovered and spent time working on clocks.  To fully recover he was advised to go to the sunny Cape and so in September 1848 Galpin sailed on the ship Herefordshire to Cape Town where he could follow a less strenuous career as a watchmaker.

In Cape Town he met Georgina Luck and married her in 1850. The couple moved to Grahamstown where he worked as a watchmaker and jeweller for 36 years.

Galpin’s first shop was in New Street, but in 1859 he bought the double-storey house on Bathurst Street. He renovated the property and the business was called ‘HC Galpin Watchmaker and Jeweller.”

The family had seven sons and an adopted daughter. The second son, Walter, assisted in redesigning the Galpin home: entablature with balusters, urns and spheres were added in 1878. The building contained two shops: Galpin at the north door and Copeland (founder of Birch’s) at the south door. The second floor was added to include the Meridian Room Clock Tower Observatory and a Camera Obscura. The Grahamstown Journal of 1882 described the house as “a bold departure from the ordinary rules of architecture.”

When the second floor was added in 1882, Galpin, his sons and the jeweller, John Willcox used the Clock Room as a workshop for watch and clock repairs. The clock was a miniature of the Court of Justice building in London. As Galpin was an insomniac, he set up a 9” telescope and the four sides of the Turret were opened so he could gaze at the stars.

Henry Carter Galpin, the astronomer, meteorologist and geologist died on 13 December 1886 at his home at No 10 Bathurst Street.

The building stayed with his descendants until Leader and Krummeck, the jewellers, bought it in 1939. For a time, Grahamstown Publicity Association operated in the front while the upstairs rooms were partitioned and converted to student accommodation. The spiral staircase was closed leaving the pigeons to roost in Galpin’s famous Camera Obscura. The Dutch Reformed Church in Hill Street bought the Galpin clock for their steeple.

De Beers Consolidated Mines bought the house in 1979 and had it restored over the following three years.

The Dutch Reformed Church returned the clock which was placed in the Clock Tower.

Since that day, the Observatory has been used for History tours and Science lessons. The Education Department staff with Janet Hall and the late Ronel Bowles presented lively school tours – always in Victorian style dresses. Scifest lessons on time given by Prof Eddie Baart, on photography by Duncan Greaves, on measurements by myself, Nozipho Madinda and Nomonde Sibawu and the all-day workshop for Upstart kids will never be forgotten.  The History III Gender classes enjoyed an insight into Victorian life as the thinnest girl tried to squeeze into an Edwardian corset. In 2005 the 150th anniversary of Albany Museum was celebrated with a wonderful dinner in the dining room.

The Observatory has also seen its share of floods and fiascos; the well overflowing; roof leafs and continuous maintenance. The Observatory has always emerged triumphant and always needing more repairs. The Clock Tower was removed when it was found to be tilting and the supports had become rusted.

This day marks the closing of the Observatory Museum to the public after 35 years of service from 1982 to 2017.  This heritage building – a grand old lady aged over 156 years old – is having a rest for a while. Public Works will be in charge of this intricate restoration work; the Albany Museum staff will store the artefacts and work on future displays.

The Museum and Grahamstown look forward to the Observatory Museum opening again to educate and entertain many more visitors as the prime tourist attraction in the Eastern Cape.