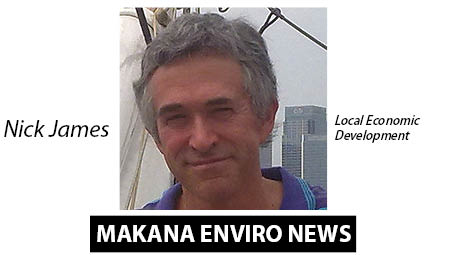 South Africa’s wildflower diversity is legendary but, in many areas, threatened. CREW [Custodians of Rare and Endangered Wildflowers] is a citizen science programme that works nationally with volunteers to survey and monitor plants of conservation concern. In 2014, an Eastern Cape CREW centre was established in Grahamstown, under the leadership of Vathiswa Zikishe – the Eastern Cape coordinator, based at the RU Botany Department.

Vathiswa has just launched the Eastern Cape’s third field season, expanding the programme to include the Port Elizabeth and St Francis CREW areas (these groups have been active for some years – before the establishment of the CREW node in Grahamstown).

The 2017 field trip schedule will cover areas as far afield as the Tsitsikamma Mountains and Baviaanskloof Wilderness area in the west, to Igoda near East London. Vathiswa encourages interaction between members across the province. She has planned a diversity of trips, ranging from easy to more adventurous; one can choose to participate based on one’s availability as well as fitness.

A highlight will be a workshop on crassulas, run by Dr Tracey Nowell on 21 October in Grahamstown. Tracey will give an overview of this family of succulent plants – which includes the gardener’s favourite, the jade plant (Crassula ovata) – and also focus on the genera found in the Eastern Cape. Best of all, there will be a practical session.

Located 15km from Grahamstown, on the R67 to Fort Beaufort at the top of the Ecca Pass, the Ecca Nature Reserve has many features of historical, geological and botanical value. It is one of the few protected areas of Succulent Thicket.

The reserve was proclaimed in 1985 and in the late 1980s, under the Chairmanship of the late Peter Jackson. The Grahamstown Branch of WESSA played a major role in coordinating its establishment – along with many other local organisations.

Truckloads of rubbish were removed, trails were laid out and marked, and two plinths – with information on the geology and biology of the reserve – were put up, one at each end of the reserve.

The local branch of WESSA has recently undertaken to replace the stolen plaque of the Bain Memorial, which was erected in the reserve by the National Monuments Council in recognition of Andrew Geddes Bain’s work – both as road builder and as the founder of Geology in South Africa. WESSA are also using the opportunity to renovate the information plinths, and replace/modify the general signboards.

In an exciting development, Dr Rose Prevec, palaeontologist at the Albany Museum, and Professor Steve Prevec of the Rhodes Geology Department, have also come on board, and with the support of the Geological Society of South Africa, are going to erect signboards highlighting the geological significance of the area. This is in line with the GSSA’s promotion of geoscience education, public education and the rapidly growing sector of geotourism.

If you would like to contribute to this local signage project, please contact Roy Lubke, who is coordinating the project and also working on improving the signage on the reserve flora and vegetation, together with Tony Dold and Tony Palmer. More info: r.lubke@ru.ac.za

One of the main plants in the Succulent Thicket of the Ecca Nature Reserve – and also of course in the National Addo Elephant Park – is spekboom, Portulacaria afra, also known as ‘elephant’s food’. It has recently attained fame as being very effective in removing carbon from the atmosphere, and is being planted in many areas of degraded Succulent Thicket in our region.

Spekboom has all sorts of wonderful uses, including: