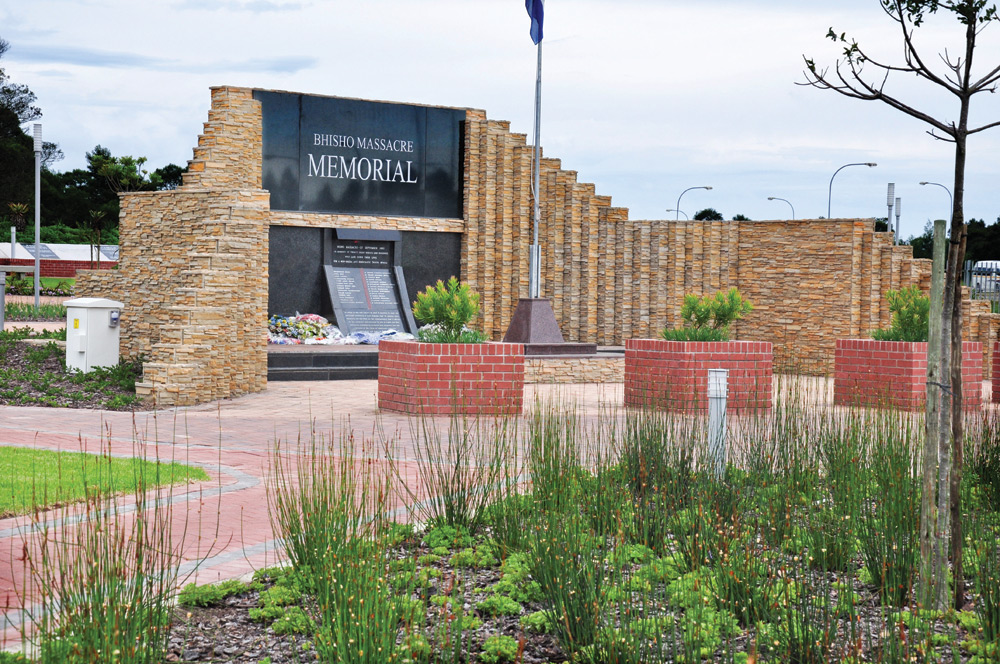 When Kasrils led a group trying to break through the Ciskei Defence Force lines to enter Bhisho, Ciskei Defence Force soldiers opened fire on the marchers with automatic weapons. Twenty-eight ANC supporters, one soldier were shot dead by the Ciskei Defence Force and injuring over 200 during a protest march when they attempted to enter Bisho to demand the reincorporation of Ciskei into South Africa during the final years of apartheid.
Government has since 2010 supported the annual commemorative event, resulting in the upgrading of the Bhisho Massacre Memorial that was unveiled in 2012, and a Visitor Information Centre that is currently under construction.

This year’s commemoration is located within the context of the 62nd anniversary of the adoption of the Freedom Charter that took place at Kliptown in 1955 and the fact that South Africa is also celebrating 23 years of democracy and freedom since the dawn of a new era in 1994.
Provincial leadership will look back at strides and milestones that have been achieved thus far in order to realize the objectives of the Freedom Charter that has informed the drafting of country’s constitution.
The event will be commemorated in three phases, starting at Ginsberg Cemetery, thereafter to Bhisho Memorial Park and then Victoria Grounds in King Williams Town.

Members of the media are invited to attend the event as follows: