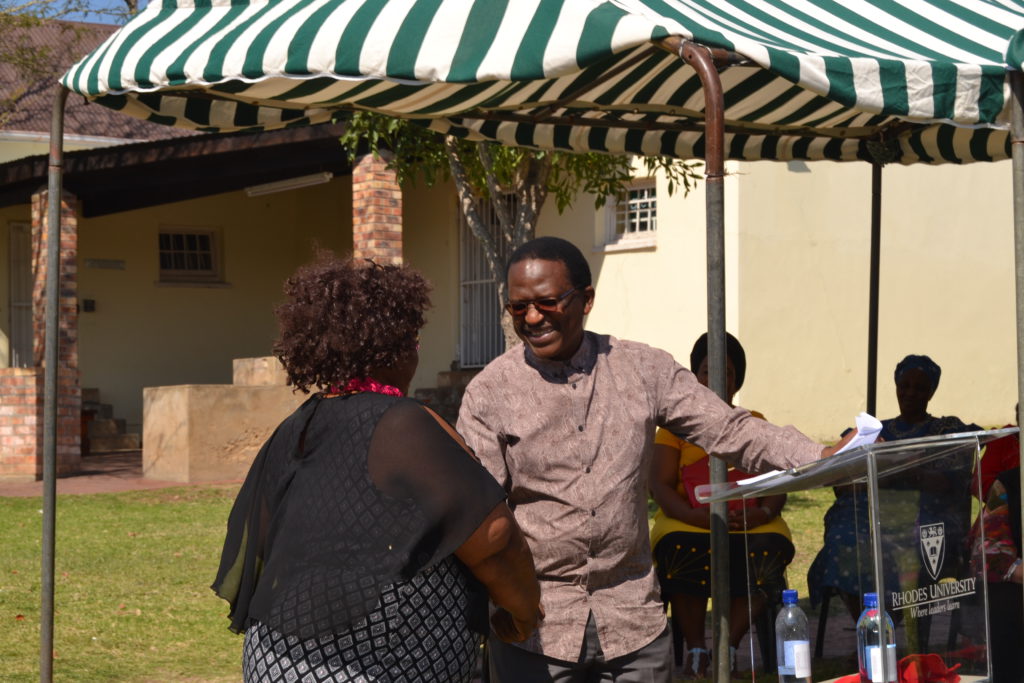 The Arbor Day Tree Planting Ceremony, hosted by The Vice-Chancellor, Dr. Sizwe Mabizela, was an occasion of note. It took place outside Helen Joseph annex on 5 September at 10h00 with the sun, wind and family members out in full support of a group of acclaimed Rhodes veterans. The retirees were warmly welcomed and their respective citations presented with the most dignity, and a customary True Yellowwood tree was planted. Professor Gary Gordon (Head of Drama Dept.) found this appropriate, and in his vote of thanks mentioned that over their careers, each retiree has displayed the qualities of the tree namely flexibility, peace, patience, and strength. Having the VC as the host was definitely fruitful as he highlighted some facets of their lives and personalities, making for a heart-warming and successful event.