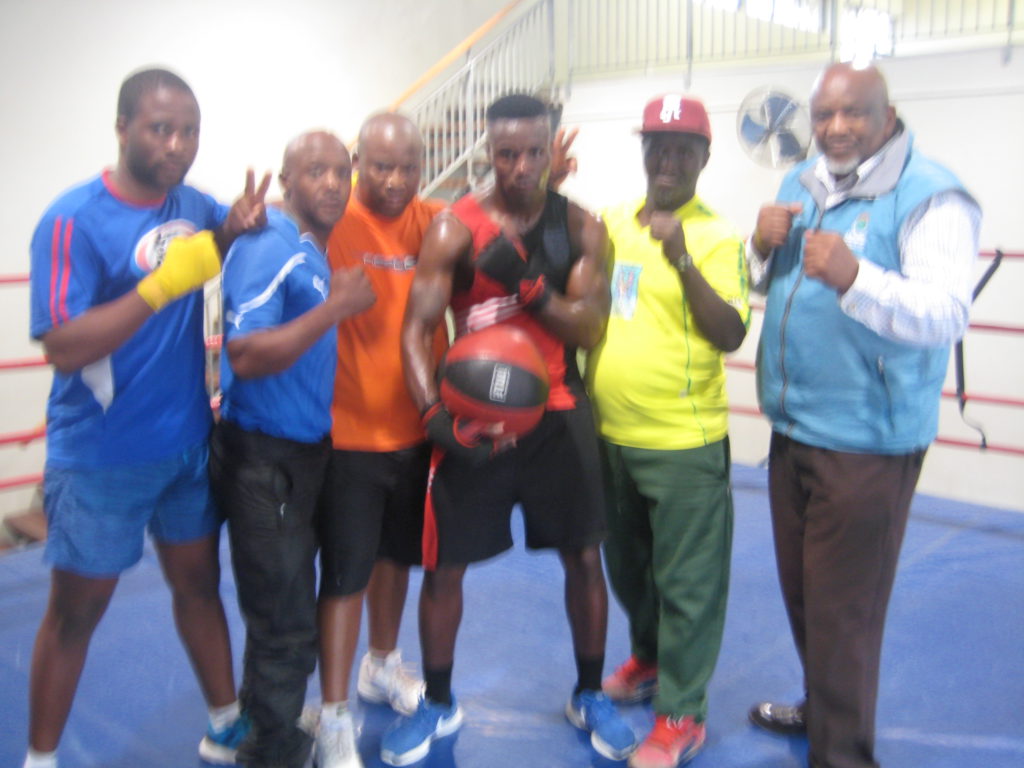 Grahamstown professional boxer, Mziwoxolo Ndwayana will be fighting for the South African title this weekend in Johannesburg. “I am ready for the fight, I have been preparing for it,” said Ndwayana. “In the army there is no rain. I want to bring the title home,”. said Ndwayana who has been working with Rhodes students and the Military Base boxers. Ndwayana will be fighting Thulani Mbenge for the SA Welterweight Championship over 12 rounds. The fight, which is one of the lead up fights to the IBO Cruiserweight World Title fight between Youri Kalenga (France) and Kevin Lerena (SA) takes place at the Emperors Palace on Saturday (9 September). Ndwayana says he is ready for Saturday’s fight but he is in pain with his life and living. “I dont have a house and I have two kids. I have applied for the house. I can be happy if I can have it. My Mother does not work and I come from disadvantaged home. “I have brought the WBF title but that does not make anything better for me. I am hopelss to the Grahamstown Municipality. But all this wont make me loose the fight,” said Ndwayana. Ward 2 councillor Rami Xonxa, provided Ndwayana with food supplements to keep him strong for his fight. He took money out of his pocket to buy healthy food in order to keep the boxer strong. “I used to train his father,” said Xonxa.