Disruptor or innovator – which are you? 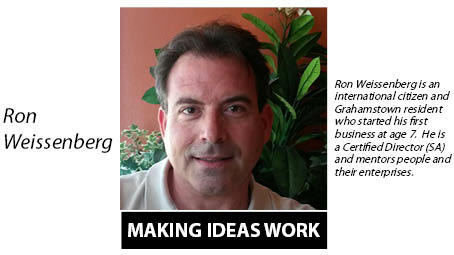 In journeys of modelling human excellence, I am fortunate enough to visit North America twice a year.

If you can suspend belief momentarily (which is really difficult), you will notice changes. But to integrate change, we have to completely assimilate what is familiar. Then the five senses trigger an intuition and unrehearsed emotional response to what is unexperienced. At least that is how it is with me.

Innovation generates change and the United States has been at the centre of invention since the start of the 20th century. An innovator may not always have a disruptive influence. They tend to bring greater order and improvement to the human condition. Innovators generally take an existing technology and develop improved products or concepts. Two examples are Thomas Edison and Elon Musk, who developed (among many other advances) the vacuum light bulb and long range electric cars. These innovations did not change the world or the fundamental ways in which we think. They simply improved on the concept of liquid fuelled lamps and the internal combustion engine. And we know these innovations will continue to be enriched, from fluorescent and LED lighting to more efficient batteries and hydrogen powered cars.

Disruption is different. In general terms, a disruptor does not develop a once-off product or concept. Being disruptive is about changing the game, shifting the course of history and even altering human consciousness. Albert Einstein, Jan Smuts and Nelson Mandela could be considered positive disruptors. Examples of disruptive technologies or events would be crypto-currencies, Artificial Intelligence, space travel and the nuclear age.

As Commander-in-Chief of the world’s largest economy, the US President governs a military, security and war on ‘whatever’ federal colossus of unparalleled size and influence. Just twelve months ago, American presidential election fever was at peak. Every poll confirmed Hillary Clinton as the front-runner and the possibility of Donald Trump becoming the 45th US president was too remote to contemplate. Six months later, the world began to integrate the emotions of disruption.

Trump is what Winston Churchill would have termed ‘a riddle wrapped in a mystery inside an enigma’. And seven months into his presidency, Trump’s detractors now label him ‘unpredictable, devoid of diplomatic or inter-personal communication skills, bombastic, arrogant and even terrifying’. Trump distrusts the established media intensely. He uses Twitter posts to communicate policy and decisions instead of time-honoured White House press conference sessions and official channels. The media have relished in reporting on everything from his poor spelling to bad grammar. A relatively unknown term ‘fake news’ has become the new catchphrase, a subtle and growing energy of mistrust in reported news. This is another game-changer; doubt in traditional institutions of information, a first since the invention of the printing press nearly six centuries ago.

The Progressive liberal establishment seems overwhelmed and have even termed Trump’s official conduct ‘barbaric and an assault on civil liberties.’ He gives the world cause for outrage and fear. Yet millions of Americans among the working class, traditionalists and businesspeople remain firm and discreet in their support of the 45th President. In short, Donald Trump is a prime disruptor.

So, despite all the communication haze and clumsiness, what is Donald Trump’s agenda? It is important to understand the American constitutional system. A sitting President has substantial, but limited authority. The powers of individual states within the Union and division between the judiciary and state are pronounced.

As many can relate, modern government has become an institution which aggravates problems instead of curing them. Similar to South Africa, the US Federal government is run by high-powered, unelected administrators who create employment rather than actual jobs and protect particular people and interests. Democracy has been usurped by lobbyists paid for by special interest groups and big business. As of August 2017, there were 23 million employees between federal, state and local government. By contrast, the entire United States manufacturing sector employed just 12.3 million people. Laws which control people and their pursuits are promoted and administered by millions of people paid through raising taxes and government debt. In a nutshell, Donald Trump wants to restore government to its basic constitutional functions; that of protecting its residents against internal and external use of force, coercion and fraud. To do so requires abolishing decades of statutory law, re-empowering small business, individuals and ultimately shrinking the size and influence of the state.

To ‘run the numbers’, a good source of information is the international media giant CNN – perhaps the most ardent of President Trump’s critics. As it turns out, the average American is doing quite well since Trump’s inauguration. Over 1.3 million jobs have been created and the unemployment rate of 4.3% is at levels last seen 16 years ago. The stock market is at record highs, with the Dow Jones index advancing above 22 000 points for the first time. GDP growth is 2.6% with inflation at 1.7% per annum. House prices have risen, whilst mortgage loan interest rates remain at an average of 4% per year. Overall crime rates remain at 20-year lows and trending downwards. With many states decriminalising the sale of marijuana, so called ‘victimless crimes’ will fall substantially, as will prison populations. Border controls have been tightened resulting in some 20% more deportations of undesirable people (those involved in crime or who are a burden on the fiscus). Business confidence levels are high and trending higher. The Supreme Court is now fully allotted with the confirmation of Justice Neil Gorsuch and negotiations on the Trans-Pacific Partnership agreement (which would have harmed the US trade balance) were ended.

Driving from San Diego to Tijuana, south of the Mexican border, it took 37 seconds to leave the USA. On returning, with long queues it took over an hour to cross the border back into the US. The United States remains a highly desirable living destination.

Disruption in business or in politics is sometimes necessary. By rising above mediocrity, you may not be popular, perhaps even misunderstood or hated. But humans deal with disruption and new realities in the predictable stages of denial, anger, internal negotiation and sadness. It seems many of Donald Trump’s critics are somewhere in this negative phase. The stages conclude with exploring the new possibilities and eventual acceptance.

South Africa might do with some positive disruption for a change?

Look at the humble turtle; he only makes progress when he sticks his neck out.