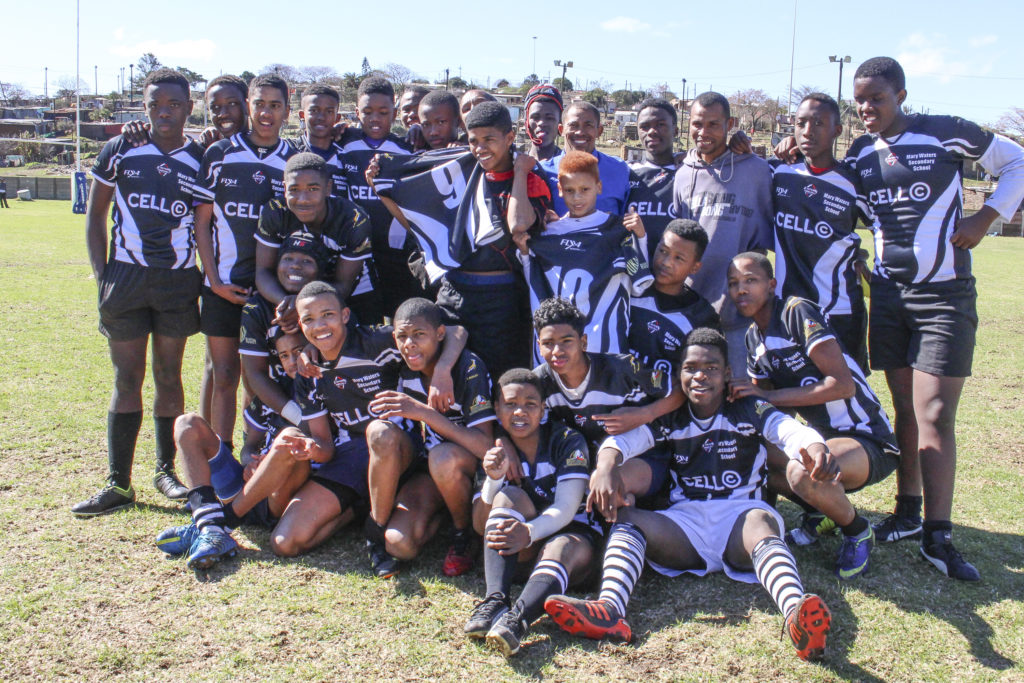 The Mary Waters U15 rugby side seen after winning the Albany section of the Vuka competition. They beat Ntaba Maria 33-17 in Saturday's final. Photo: Sakhile Dube

Mary Waters and Nathaniel Nyaluza were on Saturday crowned the Albany High Schools Rugby League champions after winning the U15 and U18 finals respectively.

This is the second edition of the Albany High Schools Rugby league. The U15 league also forms part of the South African Rugby Union (SARU) and South African Rugby Legends Vuka programme which is aimed at the promotion of rugby in disadvantaged communities and areas where it is not being played.

In the U15 final, Mary Waters beat Ntaba Maria 33-17 after besting Archie Mbolekwa 29-0 in last week’s semi-finals. Ntaba Maria was the final courtesy of a 12-5 win over Nathaniel Nyaluza.

In the U18 section, Nathaniel Nyaluza beat Mary Waters 18-13 in the final. Earlier in the week, Nyaluza had booked their spot in the final without even kicking a ball, after  Nombuleleo failed to pitch. Mary Waters U18 had beaten Khutliso Daniels 22-5 and were a perhaps a bit tired against their fresher opponents.

An Albany U15 team was selected to take part in the SARLA Regional Legends Cup tournament at Somerset East, a tournament that served as trials for selection to the EP U15 Iqhawe team that will participate in the SARLA Iqhawe week in October.