Case for the station wagon 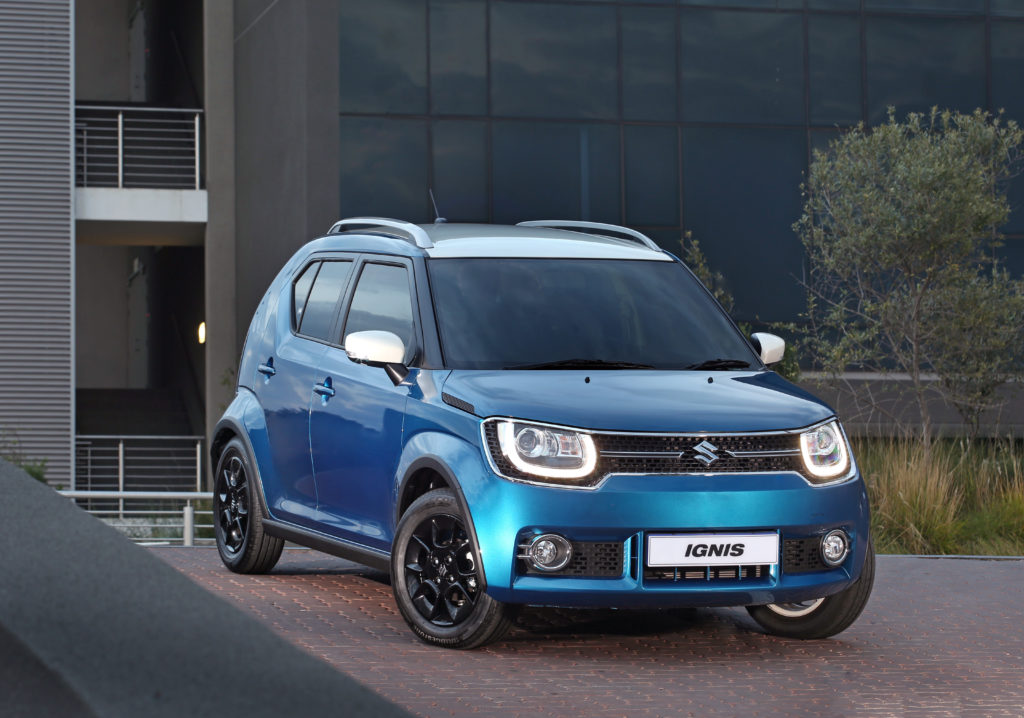 The Suzuki Ignis. A city runaround.

Many of you dear readers may not recall this, but in my review of the Hyundai Creta a few months back, I took a few shots at how the preferred type of car for the commuting city soccer mom was a either a mini- or regular-sized SUV, even though most favoured by this demographic have no business being in an urban environment. However, this assertion merely served as an afterthought to the review, and it did not stop me from concluding that the Creta is a fairly decent run-around family car (though I still have problems with that gearbox).

Fast forward to last week when I was contacted by my mother for a quick chat. Being a well-versed petrolhead herself, she told me about how a friend of hers had recently acquired a new car. The car in question was a Suzuki Ignis, a new and recent addition to the company’s lineup of small, family hatchbacks. The conversation reached a climax when my mother informed me that, when referring to her new set of wheels, her friend insisted that it was indeed, an SUV.

The Suzuki Ignis is a crossover, not an SUV. The addition of a pair of roof rails, black plastic wheel arches, and an increased ride height on a small family hatchback does not make it a Ranger Rover or BMW X5. The crossover is its very own segment with the likes of the VW Polo Vivo Cross and Renault Sandero Stepway championing the idea that everyone can be sporty and outgoing, provided they have an active word in the name of their car (and nothing to say about these cars actually living up to them). Now that’s not to say that one has to spend ridiculous amounts of money on wheels that handle both tarmac and dirt. For that, one can turn to the Renault Duster, the Mahindra Bolero, and even the Ignis’s hipster cousin, the Suzuki Jimny.

But while we may even reach a consensus on this, the South African preference for the SUV has evolved into something completely different from what it originally was. So, before we go any further, let’s just quickly define what I mean by SUV.

A Sport Utility Vehicle, or SUV, usually refers to a passenger vehicle, combined with the founding characteristics of a pickup truck (this is due to the designation itself being traced back to early commercial and combat vehicles, such as the Willis Jeep and the Land Rover). These characteristics include an increased ride height, seating for up to nine people (maybe not seen round locally, but those monsters do exist), and the four-wheel drive capability. One is able to draw pretty solid conclusions from this definition, but there are some vehicles which blur these lines and get away with it. In some ways, this is the problem with crossover hatchbacks, and even more so with high-end vehicles  purport to be masters of the dirt track, but end up not only being useless off-road, but also scaring owners into never daring to take them there in the first place. Think of the BMW X6 and Mercedes-Benz GLA which are particularly aimed at city dwellers. A weekend getaway to the Karoo every three months is not justification to own a seven-seater Chevrolet Trailblazer that takes up three parking spaces and drinks more than my student colleagues.

Now, people could argue that they buy these cars for their utility. Every family circumstance is unique, and something like a Hyundai Santa Fe is a great way to ferry four kids, the Labrador and your Woolworths shopping. Also, driving circumstances  are unique and a Multi-Purpose Vehicle, or MPV, is just a good and logical thing to have.

So, why not get a Jaguar Shooting Brake?

I have touched on this unfounded unpopularity in some of my previous articles. South Africans just do not like the station wagon, and it is impossible to understand why. Sure, the ride height of SUVs is essential on bad roads(and I will concede this is a regular occurrence), but these bulgier Station Wagon sedans are cheaper, offer just as much interior space, and are usually more fuel efficient than the off-road gas guzzlers. The estate versions of luxury cars, such as the BMW 3-Series and Mercedes C-Class, are exactly like their sedan counterparts in terms of technical and relative design work, only with much bigger and more practical boot space. And yet, cars like these are just ignored. And even when options that combine the driving qualities of the SUV, and the practicalities of the sedan, people still don’t take notice. Cars like the Audi A4 Allroad and Volvo XC70 are great ideas and offer an ideal package, but they are disregarded as gimmicky or misplaced.

There is also been a development in the type of car where the SUV stems from. Pickup trucks have now become luxurious limousines that offer the driver every ounce of comfort and convenience, while driving around in a small tank. The Toyota Hilux and Ford Ranger are great examples of this (and their price tags clearly reflect it). But how is that different from a Range Rover that never leaves the city limits? I would be strained to find the owner of a full-spec Volkswagen Amarok who would not dare use their car for anything other than trips to the co-op.

Use your car for what it was built for, South Africa, and not for just looking good or for reasons like taking the kids to soccer practice. Take a moment to look at estate cars, and remember that there is a car for everyone. So while I take major issue with classifying a Suzuki Ignis as an SUV, I am   consoled by the knowledge that it will never leave the Sea Point Promenade.

Previous ArticleSouthern Kings and the Pro12?
Next Article How to drive in ice and snow