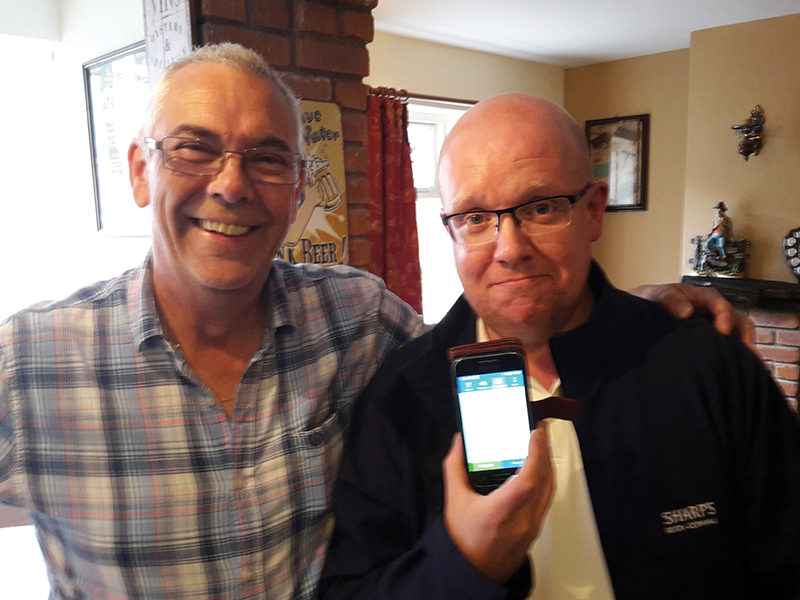 Two members of English chamber choir, Moorland Voices, raised thousands of rands for Joza Reading Club by racing from Northern France to their local pub in the UK Midlands earlier this month.

Choir conductor, John Norcliffe, and his friend, Dennis Taplin, set off from a café in Boulogne with the aim of being the first to arrive at The George and Dragon in Gnossall – John travelling by car and Dennis using public transport. John won by eighteen minutes and the pair raised nearly R17 000 for the Club through sponsorship – including pub customers betting on who would win and how long the journey would take, and the proceeds from a function featuring cheese and wine brought back from France by the racing pair.

Moorlands Voices toured the Grahamstown area in April this year (two of their former members, Mike and Sue Skipper, now teach at DSG and St Andrew’s). During the tour, the choir teamed up with local a cappella group, Pro Carmine (with whom the Skippers now sing), for a joint concert at NELM, which raised R5000 in aid of Joza Reading Club. Children from the Club sang as a curtain raiser and captured the English visitors’ hearts.

“We were so touched by the children and their singing, that, when we were discussing who to raise money for from the race, it was easy to decide which organization to support,” says John. “Moorland voices had a great tour to Grahamstown, met wonderful people and were made incredibly welcome. So it’s a delight to be able to give something back to such a worthy cause.”

The Joza Reading Club, which runs out of the Joza Youth Hub, aims to get foundation phase children into reading. Kids from local schools are taken to the centre twice a week, where student volunteers from Rhodes engage them in reading, writing, games and singing.

Project organizer, Esther Ramani, says, “We are quite blown away by the fact that Moorlands Voices have continued to raise money. We have already been able to buy some chess sets and new books with the original money. These new funds will make a huge difference to the Club and mean we can help even more children become engaged and fluent readers.”

Moorlands Voices are planning even further fund-raising from a concert in early September. The final hand over of funds will happen later in the month.