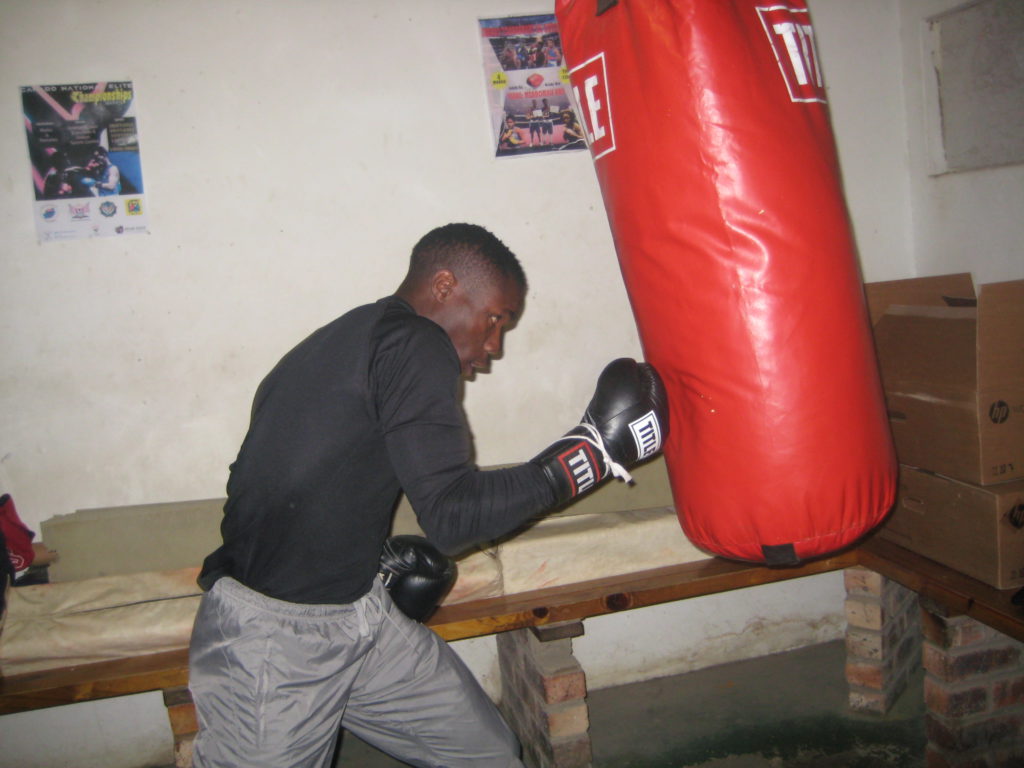 Mziwoxolo Ndwayana, a Grahamstown based boxer, is a World Boxing Federation (WBF) international champion. Ndwayana is preparing to fight for the South African title, which will take place on 9 September in Johannesburg. The South African title is currently held by Thulani Mbenge. The fight was originally set for this weekend, but was rescheduled.

Bulelani Ndwayana, coach and manager of his son Mziwoxolo said they received a chance to fight for the SA title due to Mziwoxolo being the WBF title-holder.

Ndwayana is a former Eastern Cape champion, but lost that title last year. “We lost the fight because it had postponements,” said Ndwayana Snr, who added that the Eastern Cape title fight was postponed twice. “We were not sure it was going to happen, even the third time”. He added that he threw in the towel after Mziwoxolo was “held by a punch and I saw that he was not alright. I threw in the towel”.

Although Ndwayana is a professional boxer, his team battles with finances, as not many title fights are held in Grahamstown. “We are surviving [on]donations, and we are asking for help”, his father said. “The person we can thank is the District Mayor of Sarah Baartman, Mrs Kekana. When we won the WBF she said she would take Mziwoxolo under her wing. When we need things she is the first one to help.”

Ndwayana’s father added that while they have received tracksuits and a boxing kit from Makana Municipality in the past, they are no longer supported by the municipality. “We are lacking many things, like diet. Most of the things we cook are not right for Him. He must have a different diet that can keep him well and keep the weight. We are lacking those things.”

Along with dietary needs, Ndwayana and his father struggle for transport between their home in Extension 6 and the Rhodes University Health Suite where they train. Both are unemployed as Ndwayana’s boxing career is a full-time commitment.

“We are appealing to business people to help us with whatever they can, as our days are nearly to the end,” said Ndwayana’s father. For Ndwayana to bring the South African title home, it would be a first for Grahamstown. “There have been many people fighting, but none of them have become champion,” his father said.

“He is not going down, he is continuing to fight to take the titles for Grahamstown and I think that we are going to bring it home.”

The coach said that bringing the title to Grahamstown would serve as a way to uplift both the district and the municipality. He coaches a group of boxers between 10 and 35 and believes the title will bring hope to many of his boxers who look up to Mziwoxolo.

Vukile Wali, from the Makana Municipality Mayor’s office said he was unaware of the upcoming title fight.

“We don’t have money!” Wali said but still encouraged Ndwayana’s to send him a letter informing him of the title fight. “We would then present this to the Mayor of the Sarah Baartman District in Port Elizabeth.”