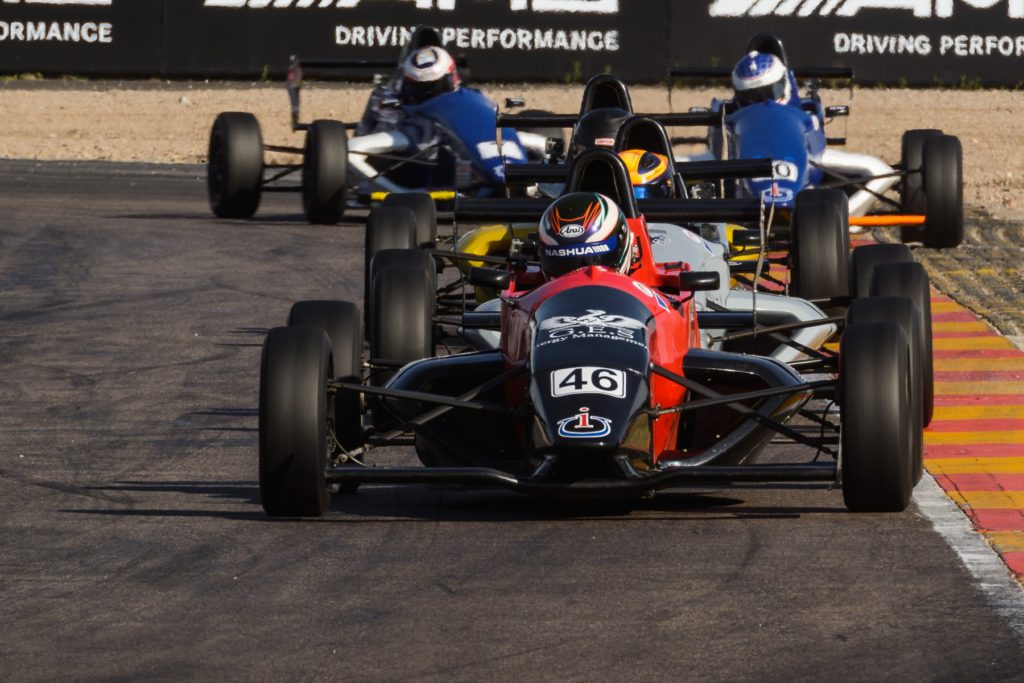 The Investchem Formula 1600 championship reaches round six on Saturday 12 August, when the competitors assemble at Zwartkops Raceway in Pretoria. There are just three rounds left this season and now every lap, every point, every advantage counts.

Rhodes University student Brad Beningfield (46 – General Energy Systems) is currently part of the top five, but has three events – six more races, to mix it up among the other four and potentially grab a podium for the season. Beningfield has finished on the podium three times already this year and has the time to accumulate enough points to be among the top three.

When it comes to the championship title, Julian van der Watt (42 – Race Driver SA) is still the man on track to take the win for 2017. Van der Watt’s performance this season has made him the championship title favourite this season and it is going to take a significant event in the series to unseat him. With Van der Watt enjoying such a commanding lead, the action for the rest of the season will be from second to fourth place.

A slip on track at this event can have significant impact on the championship standings, so the drivers will all have to be at their best if they wish to stand amongst the leaders in just a few months.

The Investchem Formula 1600 racers know the Zwartkops circuit well, this is going to make the race meeting a fast and extremely challenging event. The fight and jostle for position will start with the qualifying session and last until the chequered flag drops after the second race.

Previous ArticleThe new limited edition Beetle
Next Article Calling all street performers… the search is on!