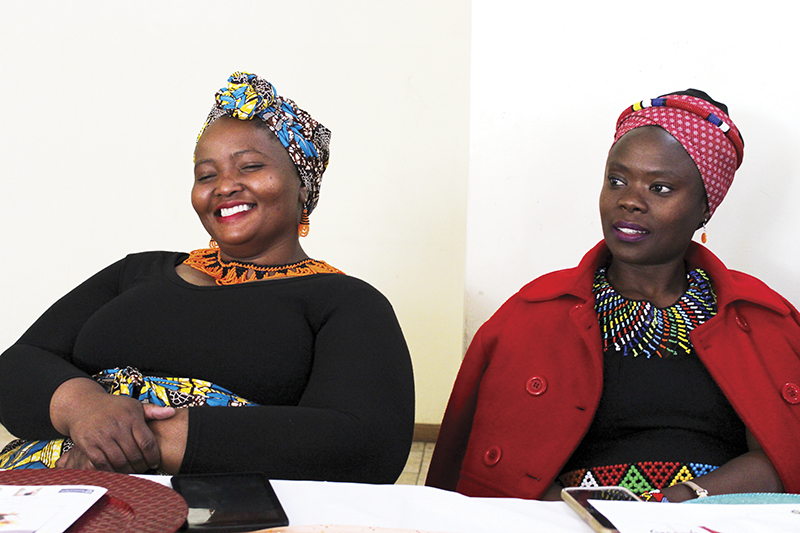 The Grahamstown Community Policing Forum (CPF) and Families of South Africa (FAMSA), together with South African Police Services (SAPS) ran a Women’s Day family event which on 9 August 2017 at the Oval Stadium.

The South African Institute for Aquatic Biodiversity (NRF-SAIAB) Wellness Committee was among some 11 organisations invited to participate. The response from the community was very positive and NRF-SAIAB staff, students and interns in numbers also participated in the event.

The activities included a 5km fun run/power walk and a two hour Aerobics Marathon led by Makana Aerobics and Fitness Club (MAFC). The aim of the event was to promote a healthy lifestyle and included talks on gender violence and health. The event also provided a platform to promote and create awareness about the Department of Science and Technology’s National Science Week. SAIAB erected a stand to which people came to ask questions about science and what NRF-SAIAB does. NSW is a country wide event which ran from 5-12 August 2017. Also Celebrating Women’s Day, the SAPS within the Grahamstown Cluster conducted a door to door campaign in Tyefu with members of the Community Police Forum. Pamphlets on rape and domestic violence were distributed.

Meanwhile, the management and staff of Committees Drift SAPS started their event at the Apostolic Church hall from midday. The Zion Church of South Africa and the Spiritual Church of God in Southern Africa made presentations on the role of women and how children should be raised against an environment of crime. Following the speakers two children from an identified indigent family were given gifts of clothing donated by the local community. SAPS staff enjoyed the opportunity to drop uniform blue for the day and dressed in colourful traditional clothing.