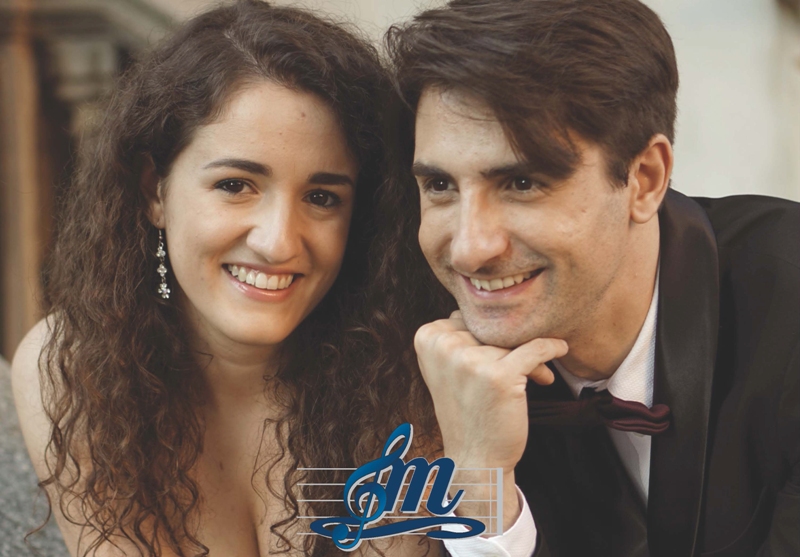 The auditorium at the National English Literary Museum now provides the premier venue for the concerts of the Grahamstown Music Society. It is the right size, It is comfortable and the acoustics are wonderful. The piano, relocated from the St Andrew’s College Drill Hall, sounded beautiful after being tuned that afternoon. The society is truly grateful to both NELM and SAC.

Last Thursday the audience appreciated a concert chosen and delivered to perfection by the duo of Eleonora Spina and Michele Benignetti.

The genre of four hands on one keyboard was most popular in the middle to late 19th century. It provides to the composer the ability to present polyphony in greater depth than is possible with only two hands. The genre does not allow for the kind of virtuosic padding and colour which is so often the stuff of the solo repertoire. Instead the audience has its attention drawn to the composition and to the almost symphonic depth of expression.

The duo called their concert “Fantasy and Imagination”. A fantasy is a piece in which form gives way to freer expression. The links between ideas are not always obvious and there is no set method or order in which the ideas relate to each other.

Mozart’s Fantasia K 608 in F minor was originally written for a mechanical clock, but the composer’s genius is such that the piece transcends these origins. What unifies the piece is a theme which finds fugal development. The fugue was not a form often used by Mozart. The performers sensitively drew attention to each entry of every idea.

Schubert’s very famous Fantasy, also in F minor is typical Schubert in that it shows the composer as the expert of variation and repetition. It is not immediately obvious to the hearer that the two main sections are connected by a variation of a dotted rise to a fifth, which is the main component of the haunting main theme. The repetitions in both the opening and final sections contain typical modulations.

Rachmaninoff‘s Six Morceaux is not a fantasy in itself, in that it is a set of pieces. The pieces are varied but united by being insights into the Russian soul. The concert notes pointed out that the final piece drew on a theme from Mussorgsky. The whole set seemed to have a relation to the kind of variety and coherence found in Mussorgsky’s Pictures at an Exhibition.

Samuel Barber’s Souvenirs Suite transported the audience from Russia to the busy, urban New York of about 1910. The ambience, rhythms and harmonies provided a delightfully light contrast to the deep, sombre tones of the Russian steppes.

At the end of a memorable concert, the audience was sent gently home with a small dance by Grieg.

For me music is an intellectual expression of ideas, and form is as important as content. This concert was memorable in that the conception of the whole was expressed in each component part. I came away with the satisfying feeling that the performers had a definite intention and that this intention had been communicated with great exactitude.

Previous ArticleExcavating an awkward past
Next Article Transformation critical to sustainability