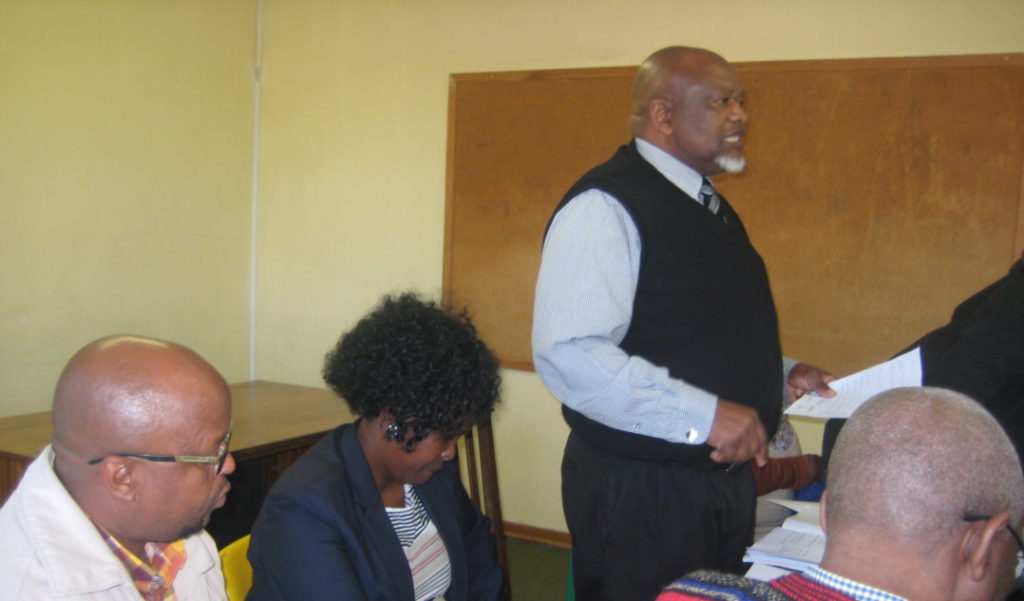 A delegation from the provincial government rated Ward 2 top of the class in listening to community concerns, at a recent meeting where relocating the Joza clinic to a bigger venue, cleaning up the township, and tackling crime came under the spotlight.

The war rooms were launched by the Eastern Cape government in May 2016. At the launch, Premier Phumulo Masualle said they would serve as a place where citizens could take their service delivery grievances. They were where programmes would be planned and communicated to local communities.

“Each [stakeholder]presence in the ward is important and helps to make things easier for us,” Xonxa said, welcoming delegates. He said when the leadership of institutions involved in the community involved themselves, it meant more heads to solve service delivery problems and involve residents.

The Ward 2 war room had five committees working on different aspects of community life – the clinic committee, the police forum,  the food sector, education and the Youth Development Forum.

Warroom chairperson Tatu Sipho said, “We went to visit the [Joza] clinic to speak with the people and staff, and we found many challenges. The clinic is too small, there is no runway for wheelchair patients, the toilets are too small, the consultation room is too small and is shared as a kitchen with no privacy, and it is not compliant with health standards. There are TB patients mixed together with small children.”

He said these were just some of the health hazards experienced in that facility and that the Department of Public Works had agreed the old police station should be used as a clinic.

Warrant Officer Clayton Gombert, from the Joza Police Station, said, “I have an open door for everyone. We have to work together in running the many campaigns here in Joza, including tackling rape and housebreaking.”

Gombert also said he wanted to clean up the township. “There is plastic everywhere and the cows are eating it.”

Majola said the provincial team had been deployed to Makana Municipality as part of a brief to check the functionality of all warrooms in the Sarah Baartman region.

“Yesterday we had to look at 14 war rooms in Makana and in that brief assessment, there were things that we had to pick up and certain things. We are very pleased to report that out of the 14 Wards, Ward 2 was number one in terms of the functional aspects.”

Majola said the war rooms were established to ensure that service delivery was happening and to create a space for NGOs to contribute to changing people’s lives.

“Members won’t have to walk long distances or go to Bisho in order to register their concerns,” Majola said. “The war rooms are open and making sure various sectors are participating. Everybody can see in this meeting that this is happening here at Ward 2.

“We have provided some serious matters that need to be changed which will be taken back to Bhisho and the Health Department, as the purpose of these war rooms is to make sure that the problems are being resolved here.”

The meeting concluded with suggestions for better service delivery, as well as improving  care in communities.

“The gospel that has been spread in this war room, needs to be spread across Makana,” Majola said.