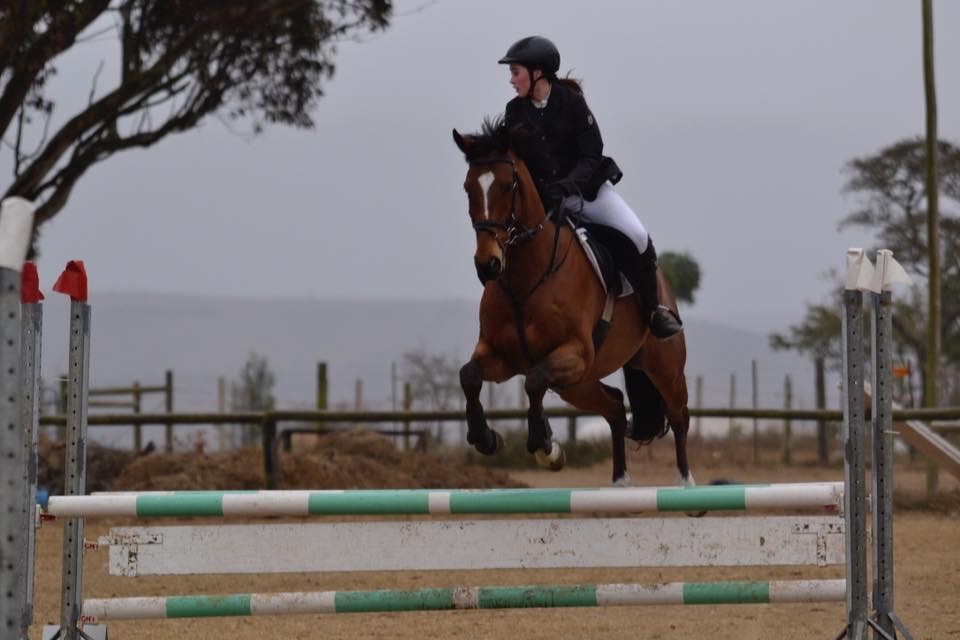 Beth Rennie of DSG in action during the Sanesa competition. Photo: Supplied

Horse rider combinations that achieved top results at the weekend in the high school categories included:

Horse rider combinations that excelled at the weekend in the primary school categories included:

Diocesan School for Girls–Anna Bradfield riding Princess Patches had an excellent show, winning the equitation, working hunter, and all her show jumping classes at a top level. Ingrid Emslie, riding Quileute Legend also had a good show, winning her working hunter class and dressage classes, second in working riding and placing in both her jumping classes. Hannah Jones riding Rocky II won one of her jumping classes and came second in the other and also scored a second in working riding. Mea Coetzer riding Navajo Spirit was placed in both her showing classes. Cornelia Rocher riding Moon Song placed in performance riding and show jumping

Sanesa will announce the Eastern Cape provincial schools team selected to attend the national championship event in Johannesburg within the next few weeks.