Kingswood down Graeme in nail-biter 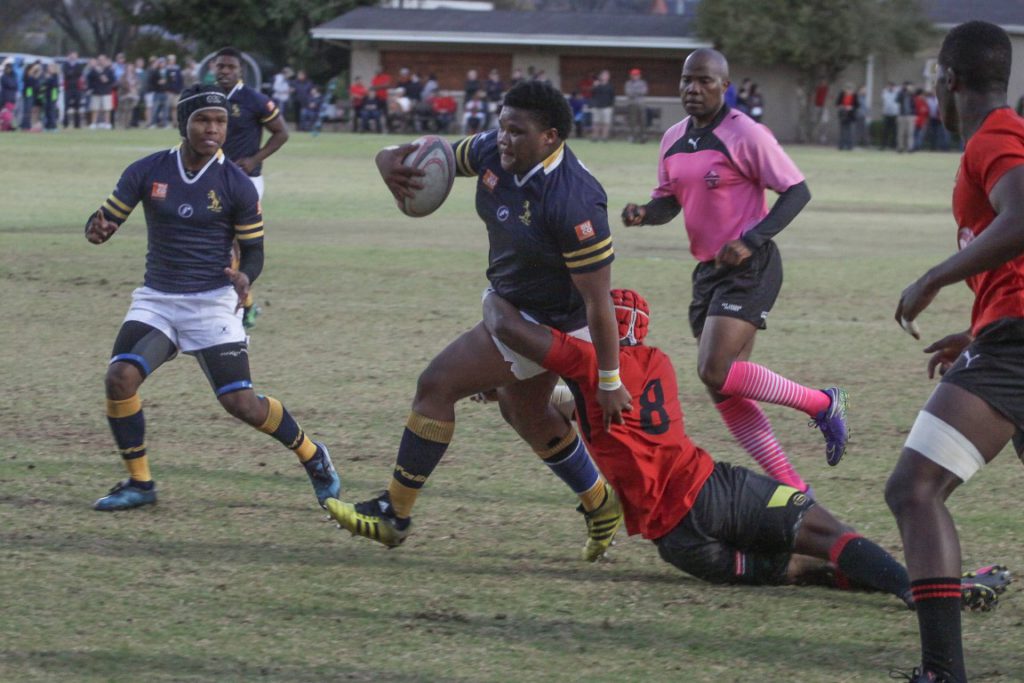 Kingswood College 1st team brought a mixed rugby season to the perfect ending when they edged Graeme College 15-12 at City Lords on Wednesday night. The pulsating encounter saw Graeme go into the break with a 12-7 lead, only for a late fightback from the hosts seeing them steal the game.

Graeme started the first half off well, piling on the pressure and had a chance to draw first blood through a long-range Sivuyisiwe Ngqiyaza penalty kick just inside the Kingswood half. However, the fly-half failed to put points on the board.

With 11 minutes left before half-time, Kingswood made Graeme pay for failing to capitalise on their early dominance, scoring the game’s opening try through Shane Pote. Bradley Sterling added the extra two from the conversion.

Graeme hit back three minutes later with a Donovan Brits try, which Ngqiyaza converted. It only took another three-minute wait before Eldrico Kivitts ran from deep inside his own half to score the visitors’ second of the game. Ngqiyaza missed the conversion, but Graeme still went into the break in the ascendancy.

Graeme continued to pile on the pressure at the start of the second half, but there were signs that the tide was turning. Mijean Annandale was yellow carded and Sterling’s missed penalty kick meant his side missed out on getting within two points.

Slowly, but surely, Kingswood asserted their dominance and with 12 minutes to go, they were finally rewarded for their tremendous effort as Brian Duxbury found his way over the try line to level the score.

Although Sterling failed to convert, his moment of glory came shortly afterwards. With six minutes left, he kicked the match-winning penalty.

After the game, the Kingswood fans ran onto the field to celebrate with their team. Even coach Gareth Shaw was left grinning from ear to ear.

“It’s been a strange season with a lot of ups and downs, and kids are kids – but to come back and play as well as we did against Queens last week [in a 32-23 loss],” Shaw said “and then come through and win that one [was a]phenomenal way to end the season.”

Jonty van der Meulen, Graeme’s coach, was just as complimentary of Kingswood.  “We had individual moments of brilliance, but we didn’t really play as a team,”  van der Meulen said, “We didn’t put enough phases together and unfortunately, on the day, they were better than us.”

Although neither Graeme nor Kingswood have matched rivals St Andrew’s College’s performances this year, they were at least able to entertain fans with a thrilling derby. And while Kingswood’s season is now complete, Graeme have one last chance to bounce back when they face Muir away in their final fixture.