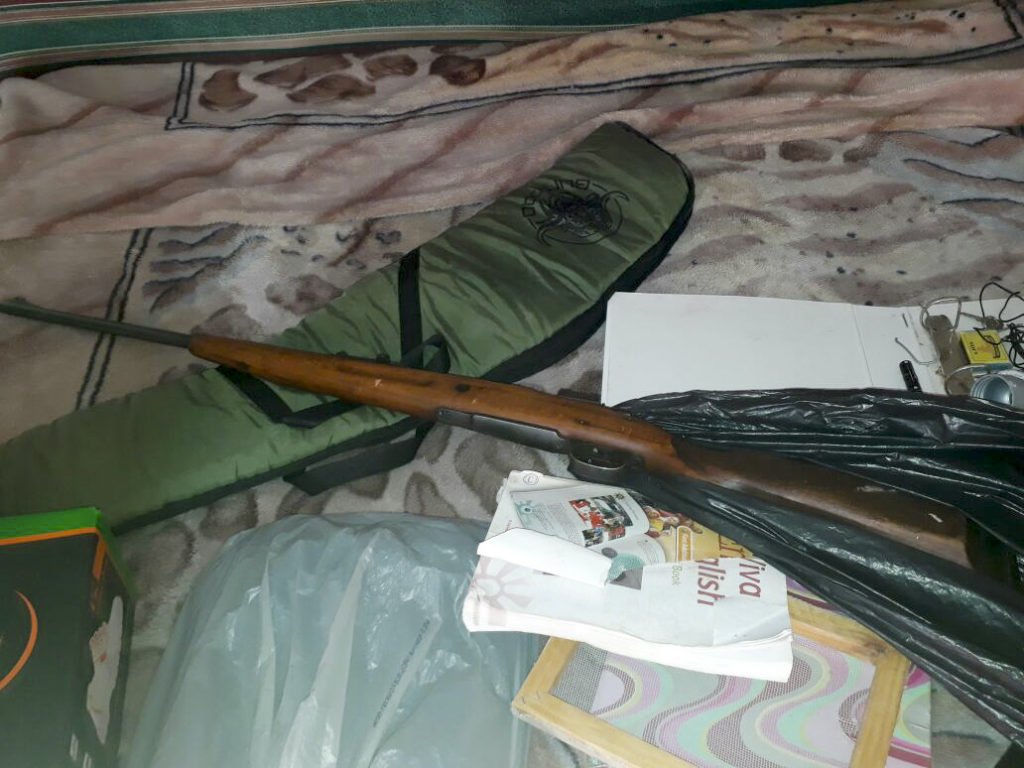 A 29-year-old man appeared in the Grahamstown Magistrate’s Court this week on charges of possession of an unlicensed firearm, as well as possession of ammunition. This comes after police on Friday 28 July, following up on information about possible stolen property, found a firearm hidden in a couch in the house where the man was.

Police spokesperson Captain Mali Govender said on further investigation, it was discovered that the firearm had been linked to a 2011 theft case from a neighbouring police station.

“Investigations will include whether the said firearm had been used in the commission of other cases,” Govender said. “Gun owners are urged to ensure the safety of their licenced weapons and prevent these from getting into the hands of criminals.”

Meanwhile, the State will oppose bail for a well-known burglar who was arrested by members of Grahamstown Crime Intelligence and Grahamstown Detectives on the same day.

“The suspect, aged 22, has been operating in Grahamstown for the past five years and has been arrested and found guilty on several cases for various crimes including house breaking and thefts, as well as drug-related offences,” Govender said. “He was back on the street for several months and made his presence known by terrorising and robbing victims.”

This offender had extended his activities across station borders, Govender said.
He will appear in the Grahamstown Magistrates Court early this week facing a charge of house robbery.

“The State will oppose bail, as this suspect’s actions have progressed to being violent,” Govender said.

She said the arrest was part of the result of the Cluster’s “back to basics” approach.

“On a daily basis crime is analysed and offenders identified through various [tools]at the disposal of an investigator who puts them together, like pieces of a puzzle, to solve crimes. These ‘puzzles’ are then presented at court as evidence,” Govender said.

“While the rights of victims and trying to restore their dignity remains our priority, so too is the tracing of suspects.” In Alexandria, the support by specialised units continued to yield success, Govender said.
On Thursday, members of the Port Alfred K9 unit assisted Alexandria detectives who had received information about firearms suspected to have been stolen.

“During a search of the premises, a .303 rifle and a bag containing ammunition for it, a 9mm and a .45 pistol, and a balaclava and gloves were found,” Govender said.

An Acer laptop was also recovered.

A 24-year-old man was arrested for illegal possession of firearms and ammunition, as well as
possession of suspected stolen property, she said. He was due to appear in the Alexandria Magistrate’s court this week.