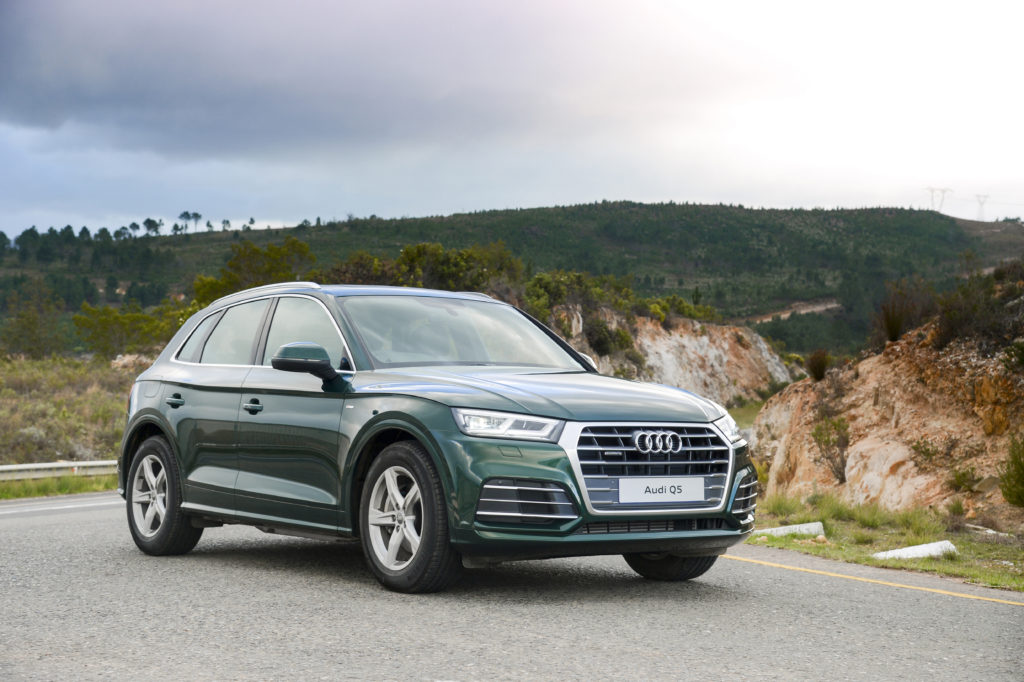 The B-segment SUV market was recently refreshed with the launch of BMW’s all-new X3. This week sees a response from Audi. The launch of the second-generation of their medium-sized 4×4, the Q5.

Launched globally back in 2008 and introduced in South Africa the year after, the Q5 has sold more than 1.6 million units worldwide, with local sales tallying 11,300. The new generation of the model is now available for purchase.

The Q5 has undergone major dimensional changes. Weighing 90kg less than its predecessor, the car now stands 4.66 meters long, 1.89 meters wide and 1.66 meters tall. Boot space is measured at 550 litres, increasing to 15500 litres with the rear seats (split into three segments) are folded down. Design wise, the Q5 joins the current motif of other Audi vehicles, sporting turn signals and LED technology previously seen on the A4 sedan. Meanwhile, the detailed wheel arches are regarded as throwbacks to the all-wheel-drive systems on Quattro models. On the standard Q5, customers have a choice of one petrol engine, and one diesel engine. The 2.0-litre turbo-petrol now produces 185 kW and 380 Nm of torque, up 20 kW from the previous model. Consumption is reported to be 6.8l/100km. Meanwhile the 2.0-litre four-cylinder turbo diesel has remained the same, producing 140 kW and 400 Nm of torque, with a reported fuel consumption of 4.9l/100km. The result of this is a sprint to a hundred in 5.4 seconds, and a electronically-limited top speed of 250km/h. All these engines come standard with Audi’s Steptronic transmission, and makes use of an all-new adaptive air suspension and driving modes, forming part of the Quattro drive. Drivers of the SQ5 make use of a 3.0-litre TFSI V6 engine, producing 260 kW and 500 Nm of torque.

The Q5 is available in both standard and sport trim levels, with the former including equipment such as tire pressure monitoring, climate control, cruise control, rear parking aid and an energy recovery system, while models with the Sport package add 18-inch wheels, sport seats and chrome inlays on the steering wheel. Safety is covered with driver assistance systems such as traffic jam assist and active lane assist, as well as driver and passenger side airbags. Prices for the new Audi Q5 are as follows: