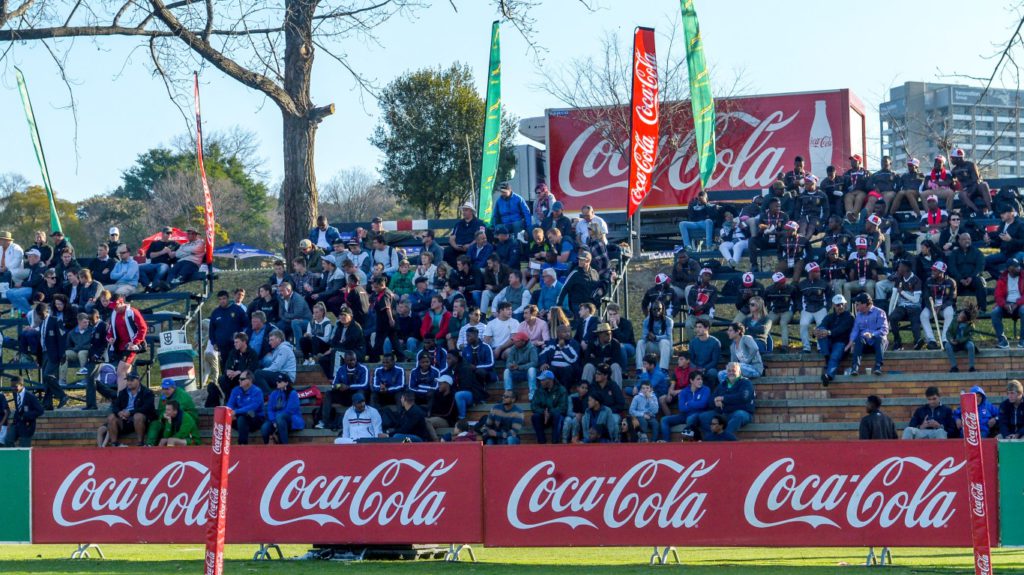 DHL Western Province, Eastern Province CD and GWK Griquas finished their second round of matches unbeaten in their respective groups on Day 3 of the U18 Coca-Cola Craven Week, Wednesday. The event is taking place at St Stithians College, Johannesburg.

Eastern Province CD delivered a firm performance against the Valke in a competitive match in which they scored six tries to five by the Kempton Park side for their 34-27 victory. The sides were closely matched on attack and defence, but the Eastern Cape side’s ability to make the most of their point-scoring chances sealed the victory for them.

SWD broke away in the second half of their clash against Eastern Province to score seven tries to five by the opposition. The George side took a 24-17 lead, and continued to make their presence felt in the second half, with No 8 Hannes Gous scoring a brace for his team, which steered them to victory.

DHL Western Province dominated their clash against the Sharks from the outset as their forwards and backs combined well to control proceedings. They earned the rewards early in the match as they led 26-3 at the break, and they continued to apply pressure in the second half to earn 50 points in the match. The Sharks fought back in the second half and managed to score 33 points, but this was not enough to cancel out the effective performance by the Western Cape side.

A dominant second-half showing by the Limpopo Blue Bulls allowed them to cruise to a comprehensive 64-17 victory against GWK Griquas CD. The first half was competitive as the Limpopo side took a 26-17 lead, but they tightened up their defence after the break and denied the GWK Griquas CD from adding to their score.

They backed this up with a solid attacking display to increase their try tally to 10 for the match, while flyhalf William Thulare and winger Moketla Mamabolo made a big contribution with two tries and seven conversions, and a hat-trick respectively.

GWK Griquas’ ability to capitalise on their point-scoring chances in the second half combined with their solid defence also earned them 34-19 victory against Sharks CD. The teams were closely matched in the first half, with the Kimberley side taking a narrow 24-19 lead, and they continued to make their presence on attack as the game progressed, while they shut out the KwaZulu-Natal side on defence. This performance allowed them outscore the Sharks CD six tries to three for the win.

A strong start by Boland, meanwhile, set them up for a 28-15 victory against the Tshepa Trading Griffons, as they ran in three first-half tries to a converted try and penalty goal by the Welkom side for a 23-10 lead. In a tight second half, each side was only able to score a try, but this was enough for the Western Cape team to seal the victory.