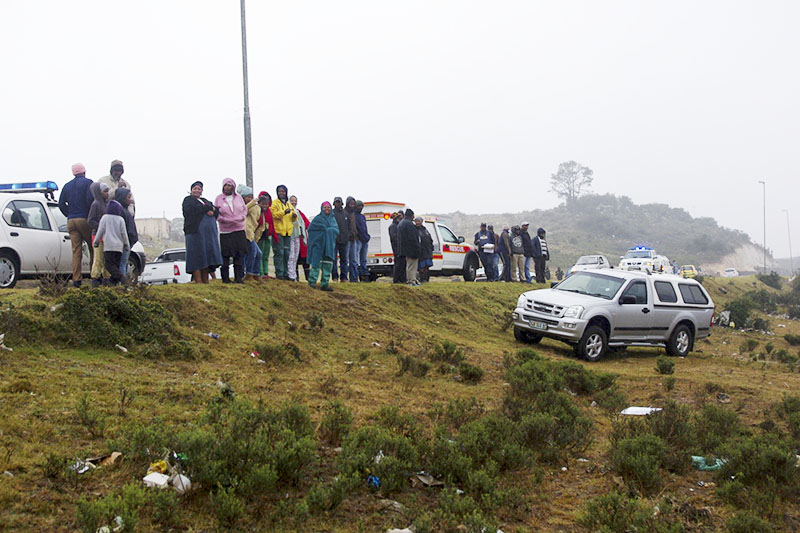 Bystanders watch as police attend to an accident scene in Dr Jacob Zuma Drive yesterday morning. Three vehicles were involved in the incident, in slippery conditions. A cow was killed when one of the vehicles careered down the hill. Photo: Tim Bull

A cow killed when it was hit by a vehicle that careered down an embankment in an accident in Grahamstown yesterday morning was quickly surrounded by residents in the area, who wasted no time in cutting up the carcass for meat.

Three vehicles were involved in the incident, which occurred in drizzle and slippery conditions around 9am Thursday 13 July.

Police spokesperson Captain Mali Govender said it had been alleged that a vehicle was attempting to overtake another vehicle at the eastern end of Dr Jacob Zuma Drive.

“Two cars collided and went down the embankment.”

No human injuries had been reported; however, the cow had been killed when one of the vehicles careered down the embankment and struck it.