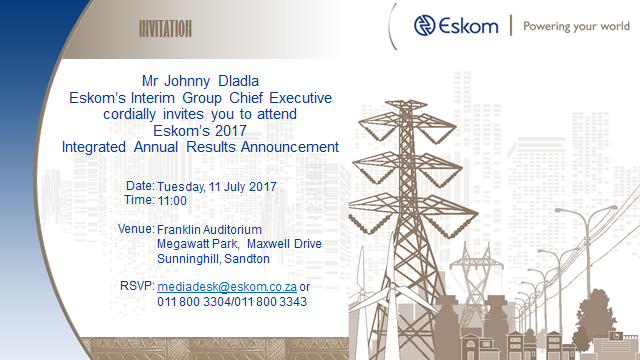 After issuing a media invitation at 10h19 on Monday to attend the annual results presentation at 11h00 on Tuesday, the Eskom media desk at 20h23 announced a postponement due to unforeseen circumstances.

“Please be advised that due to unforeseen circumstances the Eskom Integrated Annual Results Announcement, scheduled to take place tomorrow, has been postponed until further notice. We sincerely apologise for any inconvenience caused,” the media statement said.

According to Business Day, the new Eskom board have announced sanctions against former acting Chief Executive Matshela Koko. There are allegations of a conflict of interest as  Eskom granted contracts to a company in which Koko’s stepdaughter was employed.