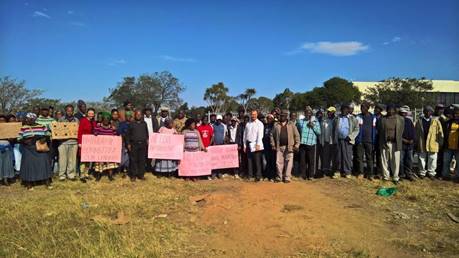 Yesterday in the Bhisho High Court in a case that is a first of its kind, the court granted an order to disestablish a senior traditional leadership over residents of Amahlathi. The Court set aside a decision of the Commission on Traditional Leadership Disputes and Claims, and of the Premier, that recognised the legitimacy of a chief over the Amahlathi, and disestablished the senior traditional leadership.

The case was brought by the Amahlathi Crisis Committee, representing eight villages near King William’s Town. The Committee was represented by the Legal Resources Centre.

The Committee asked that the court set aside this decision, arguing that the custom of the Amahlathi people was not to have a chief. Instead, they governed themselves through a system of elected chairpersons and have continued to practice this customary law until today.

Mr Maqoma (allegedly not his real name) was installed as chief in the area in 1982, after President Lennox Sebe of the then Ciskei created a chieftainship over the area. It was the first time residents had encountered a chief. The communities refused to recognise him and the chieftaincy all but disappeared. In 2005, with the promulgation of the Eastern Cape Traditional Leadership and Governance Act of 2005, Mr Maqoma was emboldened to reassert his authority over the area and even attempted to take over the pending restitution claims that individual Amahlathi villages had lodged in 1998.

The communities approached several government departments to challenge his authority before being advised to lodge a complaint with the Commission. The Commission ruled against them.

They approached the Legal Resources Centre to challenge this finding. The Premier and the Commission initially opposed the application but later withdrew their opposition.

When handing down his decision to disestablish the traditional leadership yesterday, Tuesday 27 June 2017, the judge noted his concern that communities have to go through such a prolonged process to have their customs recognised and commended the Amahlathi communities for not giving up. During the case, it was also noted that many matters relating to decisions made by the Commission have come before the court.