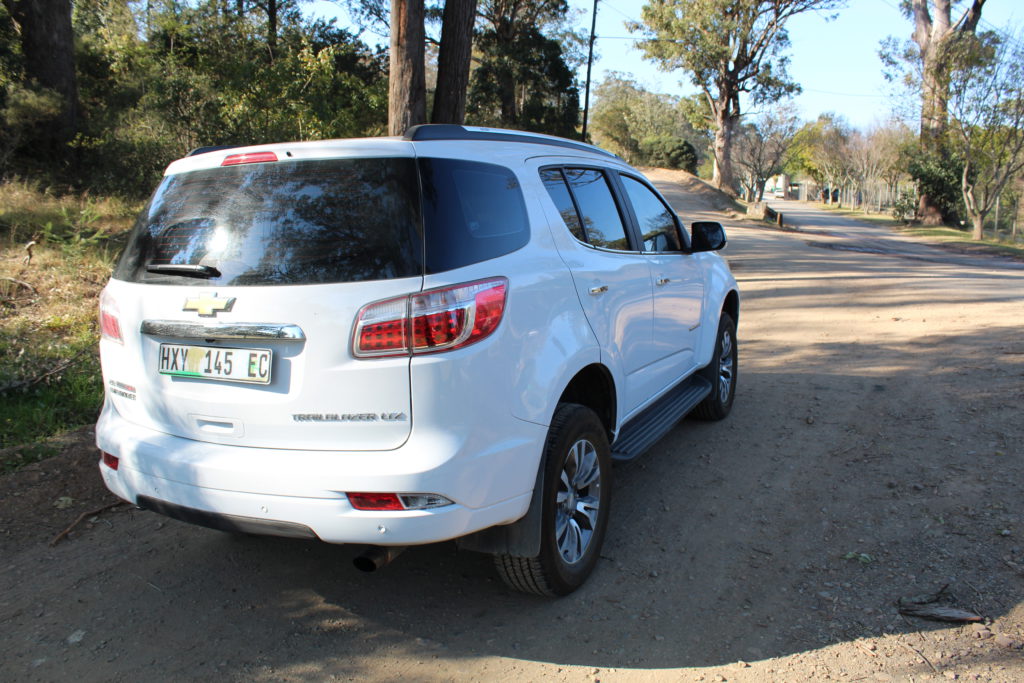 For the next couple of paragraphs, I am going to put aside the “what now?” issue of Chevrolet leaving South Africa. Instead, I am going to do my job and review this beast, as well as voice my final farewells to the car with the golden bowtie.

And those farewells are not without the sincerity and respect that this brand really deserves. Chevrolet has been part of the South African automotive landscape since the beginning of the 20th century, undergoing a major re-brand at the turn of the millennium that saw a resurgence in the local market for the American brand. Say what you want about that brand in general, but you cannot deny the successes of vehicles such as the Spark and the Cruze sedan.

And today, we look at the granddaddy of the Chevy lineup, the Trailblazer. Let’s start with the engine. A 2.8-liter 4-cylinder Duramax turbo diesel, sending 144 kW and 500 Nm of torque to all four wheels via a six-speed automatic gearbox. This engine is a monster. A monster in the sense that you can definitely hear its growl while at the wheel, and that it will consume anything you give is. The reported consumption of 9.5l/100km is no surprise to me given the size of this seven-seater. The revs are low and a hill-start requires a flooring. You get the feeling that this engine wants to go off-road.

And frankly, that’s where this car belongs. You wouldn’t think that with the way that this thing looks. The sparing use of chrome and the curved front bumper makes the Trailblazer a handsome beast…from the front. The rear is a little bit bland and flat. The same can be said for the interior. Chevrolet continues to make use of hard plastics in its cars, but that is compensated by an ever-improving build quality. Rear leg space for both sets of seats are generous, though their incline results in knees high up in the air. Headroom is suitable for adults but only just (I could feel my hair prickling the roof). The two boot seats, in their bid to be as comfortable as the rear ones, have resulted in a kitchen shelf of a packing space, measuring just 229 liters, but that is a compromise one makes when it comes to the fold-up chairs. I think it’s alright. This car suffers from minor schizophrenia. I say this because the styling and layout work of the Trailblazer puts it squarely in an urban setting. One could picture oneself getting out of one at the gala dinner. But no. That is definitely not this car’s preferred habitat. The driving experience speaks to this. At highway speeds, the wind noise is most evident and the steering jittery. What makes a potential urban drive okay in this car are the many driving aids that Chevrolet have adorned this car. Features like hill descent control, parking distance control, reversing camera, and a clever traction control system (Safety is covered by seven airbags and brake assist, while other features include navigation, climate control, and a limited slip diff). But the fact remains. This car and its engine simply does not belong with the urbanites. And if their excuse for having one was their once-a-year trip to the Garden Route, I would marvel at the distance they put between themselves and the point. No. this car belongs on the dirt track, in the mud, in the sand, at the top of cliff faces.

Priced at R624 300, the Trailblazer is not a cheap gadget, nor can it compete with the likes of the Toyota Fortuner or Ford Everest. As a complete package, I would say that this car is pretty standard and delivers and decent package. What makes or breaks it is how its used. When used properly, it can be a great car for you.

And while many will look upon Chevrolet after its departure as a brand that never quite made it, they still had the potential and those moments to be really good cars.