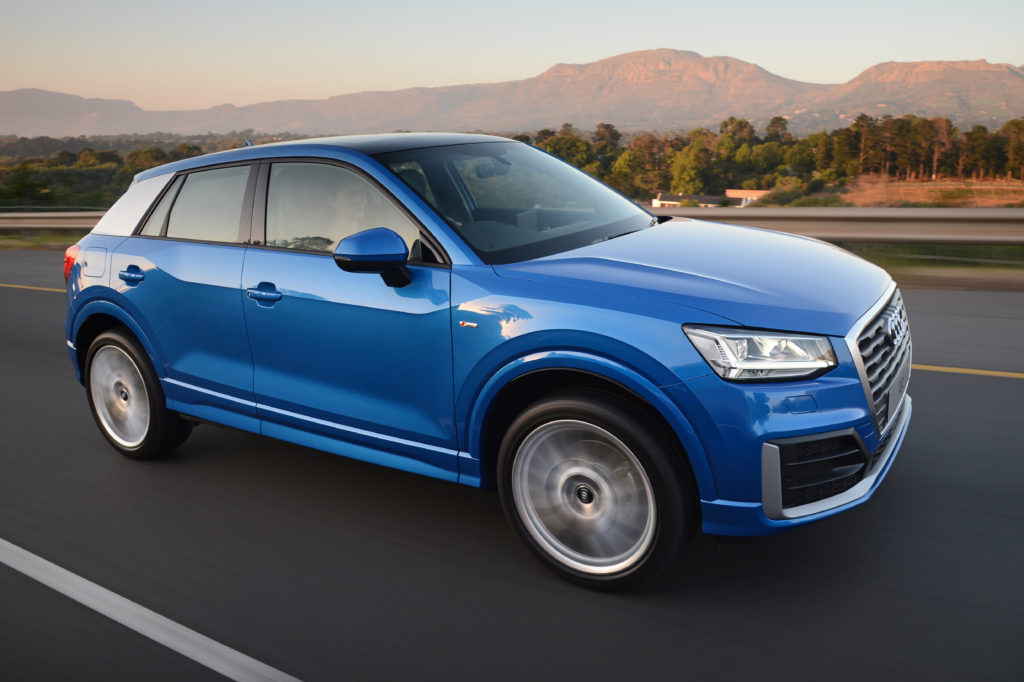 There are many vehicles hitting our shores from Germany. Photo: Supplied

We need to talk about your cars. Your cars that, I shall stress, continue to be motoring benchmarks and a universally-regarded standard of quality craftmanship and design. You guys invented the car. That’s your thing, and you do it extremely well.

But we need to talk about how many cars you have to offer us.

At the dawn of time, vehicle segments did not exist. You either had a car, or you didn’t. Simple as that. Eventually we realized that we would have to bring the kids and dog on the holiday, so we doubled the number of seats and added a boot to the getup. Then further down the line, global warming was deemed a hoax and the train to the ski slopes stopped working, so we raised the car higher off the ground and divided the engine power equally among the four wheels. Point is, we started tailoring our cars to the particular needs of those who utilized them (I use a city-dwelling dentist in the analogy here because it is in the city that we find car segments being absurdly misappropriated. Expect a letter from me about this, South Africa).

Now for some extraordinary reason, you have realized that vehicle segmentation must be taken as seriously as nuclear physics. It should be a highly complex process where all possibilities are endless and the rewards shall be felt by all. Let’s call it ‘brand expansion’. That’s a neat and tidy term.

Now, I’m not talking brand expansion in the sense that we will be seeing an Aston Martin SUV within the next two years, or how the world is still reeling from that abomination that Porsche calls a saloon. Segment diversity is an important thing in a time when carmakers can no longer survive in their niche markets. But it is simply not necessary to do it to your extent.

BMW, you are the biggest offender here. Starting with a model lineup comprised of just the odd digits, you went and added the even digits, each offering an average of 4 different body shapes, on top of a minimum of three engine choices for each derivative, as well as your interior range comprised of scents, leather, wood and colors. Meanwhile, Mercedes-Benz and Audi has done the same with its 4×4 division, practically pointing a shrink ray to the car and asking the customer what size they want it. And while I shall not accuse Porsche and Volkswagen in this letter, the latter seems determined to make a car that is as big as the Dieselgate settlement (that’s also how much you’ll probably pay for the upcoming Atlas, by the way).

Now, there are a few possible reasons for this development. First, it could be because you want to be regarded as Das Auto, the car for the people, catering to every person and the quirks that make them a unique individual. “No one gets left behind”. Everyone from the student to the grandmother can have an Audi. Another reason could be that you think your clientele are getting tired of the offered generations. Why buy a conventional 3-Series, when you could have a 3-Series Gran Tourismo! Tired of the Touran? Presenting the Golf SV! It’s practically the same thing, just a little rounder!

And in this newfound world I find myself reviewing cars in, I must pose two questions to you? The first is, who exactly are buying your cars now? Since its introduction to the South African market in 2013, I have seen exactly one 3-Series GT (and that one didn’t have number plates, so it’s possible wasn’t even sold yet). Has the Golf SV been a successful successor to the Touran? I ask because I can count the number of them I’ve seen with my two hands. This situation in turn leads to my second question. Can you even afford to produce such diversity? Speaking from my front, the market is not open for this kind of business that you are providing. BMW and Mercedes-Benz are upmarket brands with a starting price bracket that most South Africans cannot currently afford. There is and always will be an existing clientele in this bracket, and diversity in the overall lineup remains a sustainable and necessary means that ropes in the customer and their…curious preferences. But producing a car is not a cheap exercise. It involves assembly lines catered to a specific model, marketing campaigns to highlight its miniscule yet “revolutionary” features. It involves salesmen having to spin the most spectacular jargon to convince people why they should have this over that.

People are not that complex, so the system doesn’t have to be either. We will always be happy with a 3-Series, a Q5, and a 911. I currently have employment in the retail sector, And I am fully aware of the understanding that the client is always right. That is indeed true, but only up to the point that they decide what they will buy. Your power lies in what you can and do offer them. You dictate the choice.

And frankly Germany, you are giving us way too much.