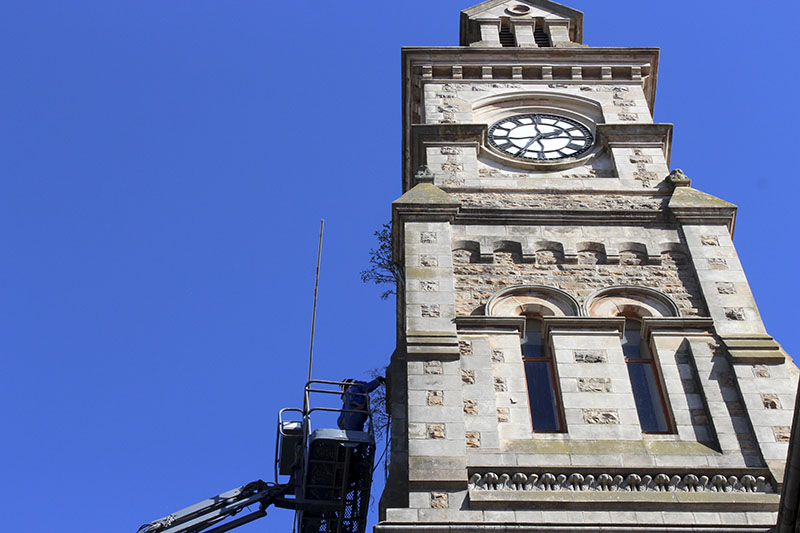 An urgent meeting between Makana and Eskom officials on Friday 16 June may stave off a cut-off of the power supply to Grahamstown. However, the town’s water supply crisis may not be as easy to solve.

Acting municipal manager Mandisi Planga on Thursday 15 June confirmed that Eskom 1 June issued a disconnection letter, after the municipality defaulted on payment. Makana had until Thursday to pay or be cut off; however, Planga said the fact that they had agreed to a meeting meant this was unlikely to be enacted.

The municipality’s monthly account varies from R6 million in summer to R15 million in winter.

Makana entered into a payment arrangement with Eskom in January 2017 and have paid each month in terms of that plan.

The municipality’s Equitable Share received is used to pay towards Eskom arrears. In March, this was R18 million.

“The main problem is our revenue collections are down,” Planga told Grocott’s Mail ahead of Thursday’s social services portfolio committee meeting.

“This has resulted in our falling behind with the payment plan.

“We need the community to come to the party and pay,” he said.

Grocott’s Mail had received no reply to questions by the time of going to press.

Meanwhile, the city’s water crisis will not be as simple to solve.

While some reckonings voiced at a public meeting about water on Monday were that Grahamstown has only seven days of available water supply left in its western reservoirs, director of infrastructure Dali Mlenzana said this was not the case.

“That is incorrect,” he told Grocott’s Mail. Theoretically we have 79 days of water supply left. We based this on total remaining capacity against daily demand. However, we suspect it may be less.”

Mlenzana said the exact available supply would be confirmed in the next few days following an investigation that includes sending divers into the reservoirs.

“This investigation will inform our drought disaster plan,” he said. “By the end of next week we will know.”

He confirmed that the pumps at the dam were in danger of being damaged by sucking in air, due to the low level of the water. This was one of the situations that engineers and technicians would remedy in the next few days, he said.]

Regarding funding for the essential investigations and repairs, Mlenzana said the Office of the Premier and the Provincial Treasury had been approached.

Also, the fact that Makana has declared a state of disaster means that it should be eligible for dedicated national funding.

Regarding the multiple leaks across the city, Mlenzana said, “As soon as they appear, we are fixing them. We are dealing with the leaks, but because of the poor state of our finances, we are battling to buy the equipment we need to do repairs..”

Mlenzana confirmed that a municipal notice that went out with the most recent customer accounts was incorrect.

The notice said no watering or washing cars with municipal water was permitted; however later in the notice it stipulated hours during which residents were permitted to water their gardens.

“That notice was wrong,” he confirmed.

“No watering or washing of vehicles whatsoever is allowed using municipal water.”

There was heated discussion about lack of service to the rural areas within the municipality of Riebeeck East and Alicedale, particularly with regard to the maintenance of power lines.

When officials explained that the equipment wasn’t available to do the work, Peters said, “Can’t we use the equipment we do have efficiently. Officials must not sit in their offices. They must prioritise and go and do their work.”

The equipment required was a cherrypicker, and it was councillor Brian Fargher who gave an account of the dire and dangerous state of the one in for repair.

It was at that point that Chief Traffic Officer Coenraad Hanekom couldn’t contain himself, saying, “It doesn’t matter how much we prioritise: we need finance.”

He then revealed that waste manage Johann Esterhuizen was out of pocket to the tune of R8000 on account of having paid municipal expenses from his personal funds.

Peters was not to be deterred, though.

“Use the equipment you have efficiently,” she said.

“Managers approved that overtime, but they won’t pay for equipment. This overtime is making us mad,” he said.

“Staff are demotivated,” Clark said. “There are people who want to do their jobs, but it’s impossible because they can’t pay to maintain the equipment they need to do them.”