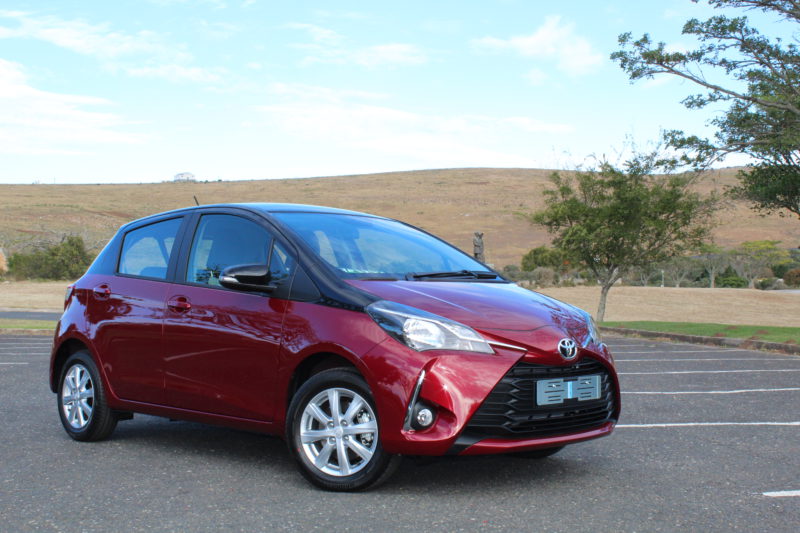 We live in an ever-changing strange world, ladies and gentlemen. A world where celebrities and politicians can be one of the same, and where kids can enjoy an ice cream sundae served in a bowl made of bacon (yes, the Bacon Bowl is a real thing, and may we be forgiven for it). It is also a world where a car, a piece of man-made machinery, can have its own natural cycle of evolution.

This is a phenomenon most notable in the lower-priced vehicle segment, where you have cases of budget hatchbacks, originally designed as wheels for the common man, transcending sectors and price brackets over time, the upliftment of its own features or dimensions, or the introduction of an underling. Today’s test car, the Toyota Yaris, is a good example of this. Starting out as the Japanese automaker’s budget hatchback, it has since been superseded by both the Etios and the Aygo. And I will wager top dollar that, given its strong youthful approach to the market, we shall eventually see the same thing happen to the Aygo.

But back to the test car, a Pulse variant armed with Toyota’s 1.5-litre naturally-aspirated petrol, good for 82 kW of power and 136 Nm of torque, and mated to a six-speed manual transmission. This is a CVT option on this powertrain that is also standard on the hybrid version of this car. Although, the other powertrain option, a 1.0-litre petrol, has to make do with a five-speed manual. Though there is no quarrel to be had with this engine, the absence of Toyota’s new and very nice 1.2-litre turbopetrol, previously seen in the new CH-R, irks me. The exterior design of this car, with its pointy nose of an emblem and elongated taillights, is continuing Toyota’s attempts to add the word ‘excitement’ to the description of their vehicles, also previously seen with the CH-R. The design of this car is aimed to set trends, and while it does look good, its attempts to be regarded as a hatchback as hot as its competitors would have been bolstered by that riotous engine.

There are also some issues with the inside of the car, particularly at the back. The decision to include a full-sized spare tire and not a biscuit has severely impacted the boot space, limiting it to 286 litres. Three children sitting in the rear passenger space should feel quite comfortable (given the very mysterious lack of a transmission tunnel bulge in the floor), but adults may feel very pinched when it comes to headroom. On the plus side, the collection of standard features such as a touchscreen infotainment system, Bluetooth and steering wheel controls, all bundled together in hard, but firm plastics, makes for a decent interior to sit in. The same can be said for the driving experience as Toyotas remain some of the easiest cars to drive. Highway speeds are easily achieved, the steering is responsive, and the gearbox (though sporting gears even closer together than anything from VW), is quick on the draw. The engine, though not my preference in terms of what could be offered, has no issues worth noting. With prices starting at the 200 grand mark, the Yaris Pulse makes a very good case for itself in a highly competitive segment. What potentially holds it back is its fundamentals. It’s a Toyota that’s easy to drive and is going to be as reliable as the Cape Town cannon. But that may be getting in the way of transcending its budgetary origins like the Renault Clio or Ford Fiesta. It’s trying to be cooler than it’s technically being allowed to be.