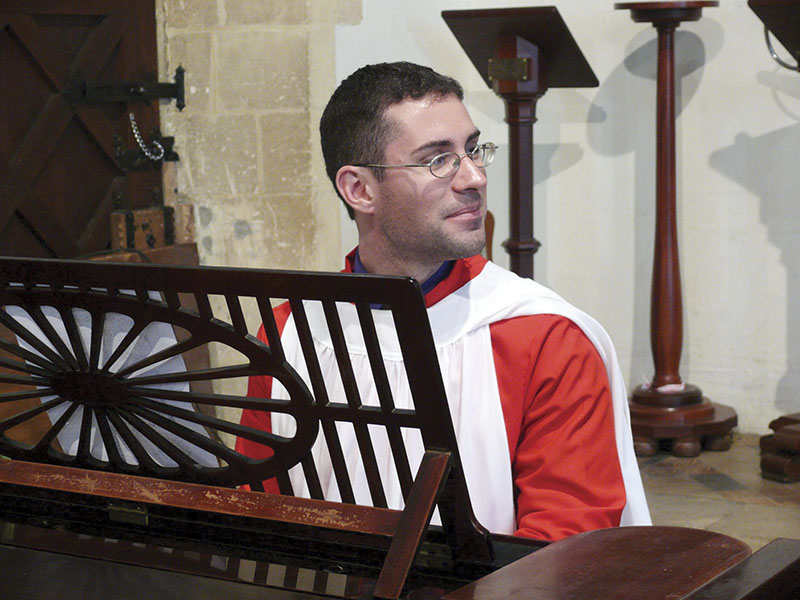 Former Director of Music at Grahamstown Cathedral Andrew-John Bethke is one of two South African composers who will receive international exposure when his winning composition is performed in South America in July. In the same competition, Director of the Access Music Project in Grahamstown, Gareth Walwyn won the prize for best arrangement in a prestigious music competition.

Former Director of Music at Grahamstown Cathedral and Rhodes Choir conductor Andrew-John Bethke was one of two winners of the recent Choral Composers competition held in Stellenbosch, with his original composition,‘A prayer for Africa’. Joint winner Xander Kritzinger’s work is titled ‘In die skadus van my siel’. Bethke and Kritzinger won R10 000 and the prestige of an international premiere performance of their work in Buenos Aires, Argentina and Montevideo, Uruguay.

The competition was facilitated by the Cape Town Male Voice Choir and Ekurhuleni’s Cenestra Male Choir with sponsorship from the National Lottery.

CTMVC Chairperson Lewis Rabkin said, “The aim of the competition was to unearth talented South African composers and bring back a focus to male choir singing.”

Members of the choirs will be participating in workshops and master classes at the Melodia! South American Music Festival in which they are performing in Argentina and Uruguay.

Composer and organist Bethke said, “I wanted to write a piece which attempted to pull together traditional South African musical techniques and languages, rooting the piece strongly in South African traditional culture.” The composition includes techniques such as a call-and-response, parallel harmonisations and descending melodies characteristic of Xhosa, Zulu, Sotho and Tswana music.

Kritzinger is a music teacher and choir master for Stellenbosch High Choir and the Viva Cantare Community Choir.

On their tour to South America, the two choirs of 80 men singing in four-part harmony will showcase the best of the South African choral tradition, performing an eclectic blend of sacred, classical and jazz works in a number of South African languages as well as French, Italian, Hebrew, Spanish and Latin.

Conrad Asman won a special award for being technically sound. Theriso Tsambo and Keboletse Molokwane won scholarships to the value of R5 000 for their great potential in composition style.

Grahamstown recently bid A-J Bethke farewell: HERE’S HOW WE DID IT bit.ly/GrocMusFare