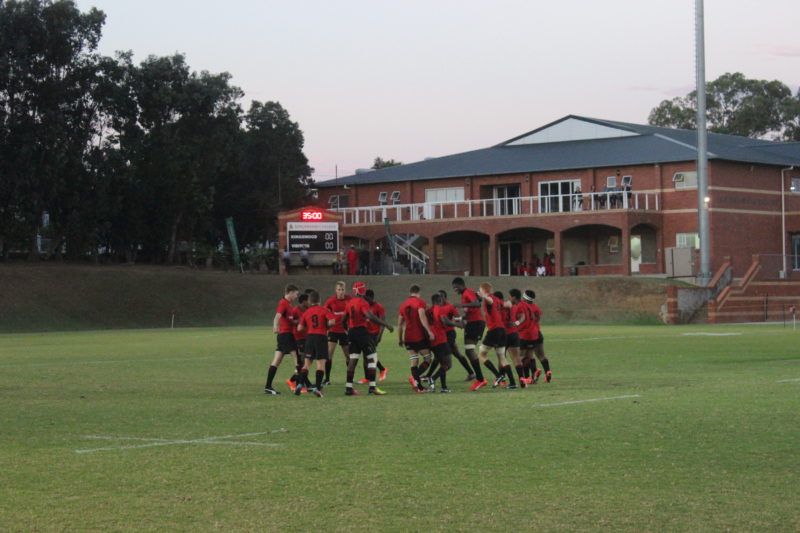 Kingswood's first XV grouping together ahead of their 13-16 defeat to Bishops on Monday. Photo: Leonard Solms

The match was a good spectacle, with both sides enjoying their own successes at various stages of the match. Union camped in the hosts 22m for the first 10min of the match, but it was then Kingswood’s backs who created the line breaks and fed their supporting players to run in four good tries in the first half to lead 24-0.

During another good break the ball was wildly thrown away, Union reacted quickly, kicked the ball downfield and sprinted in a race for the line. Kingswood’s scrumhalf was then sin-binned for holding back the Union chaser and Union scored from the penalty. Half-time score was 24-5 to Kingswood.

Union capitalised after the break with two well-worked tries of their own with Kingswood down to 14 men. The second half stuttered a bit with both sides making errors until Kingswood ran in two more tries to win the encounter 36-15.