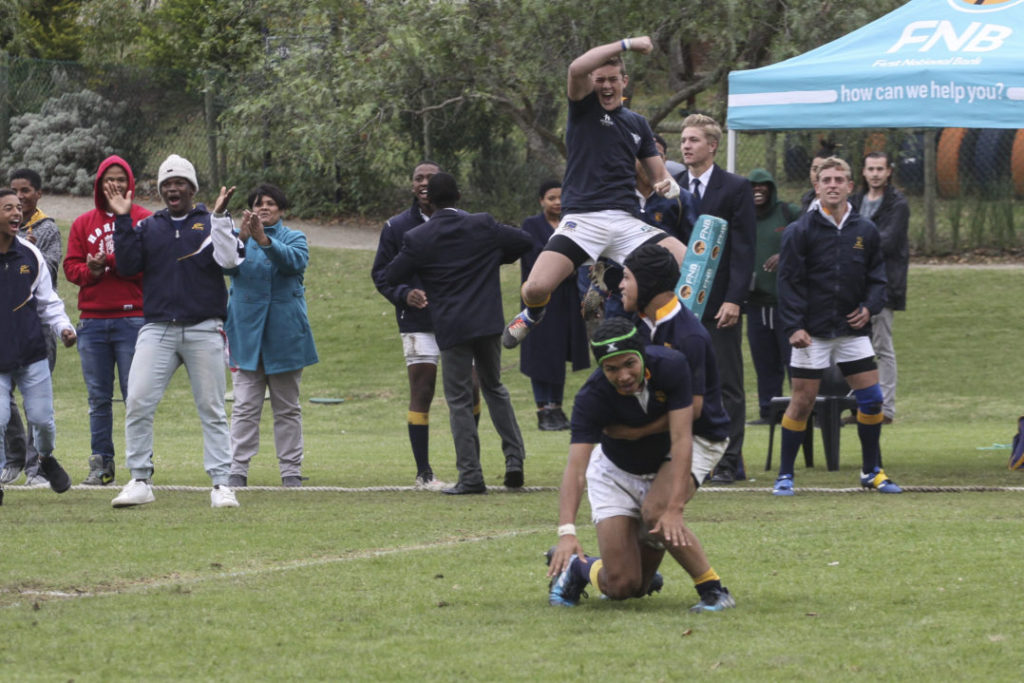 Graeme 2nds scored a try in the final play of the game to secure a 17-12 win over St Andrew's, much to the delight of their supporters.

Graeme College 1st rugby side hosted Port Rex in a match which they were hoping to bounce back after their loss against St Andrew’s the previous Saturday. They did just that with a convincing 42-5 win.

Graeme scored four unconverted tries in the first half to lead 20-0 at halftime, where they dominating possession and with all that ball it was inevitable that they would cross the try line on a number of occasions. Wing OJ Basson crossed for a try and the entire front row – Athi Nkewana, Wonga Wakashe and Mijean Annandale also managed to score tries.

The second half continued in much the same fashion as wing Matthew Robertson crossed over for a try within the first 2min of the half. Port Rex then showed some good attacking skills to score a try of their own which made the score 25-5 at that point. Graeme scored a further three tries through Sivu Ngqiyaza, Cameron Amos and Soso Masakane. Sivu converted one of the tries.