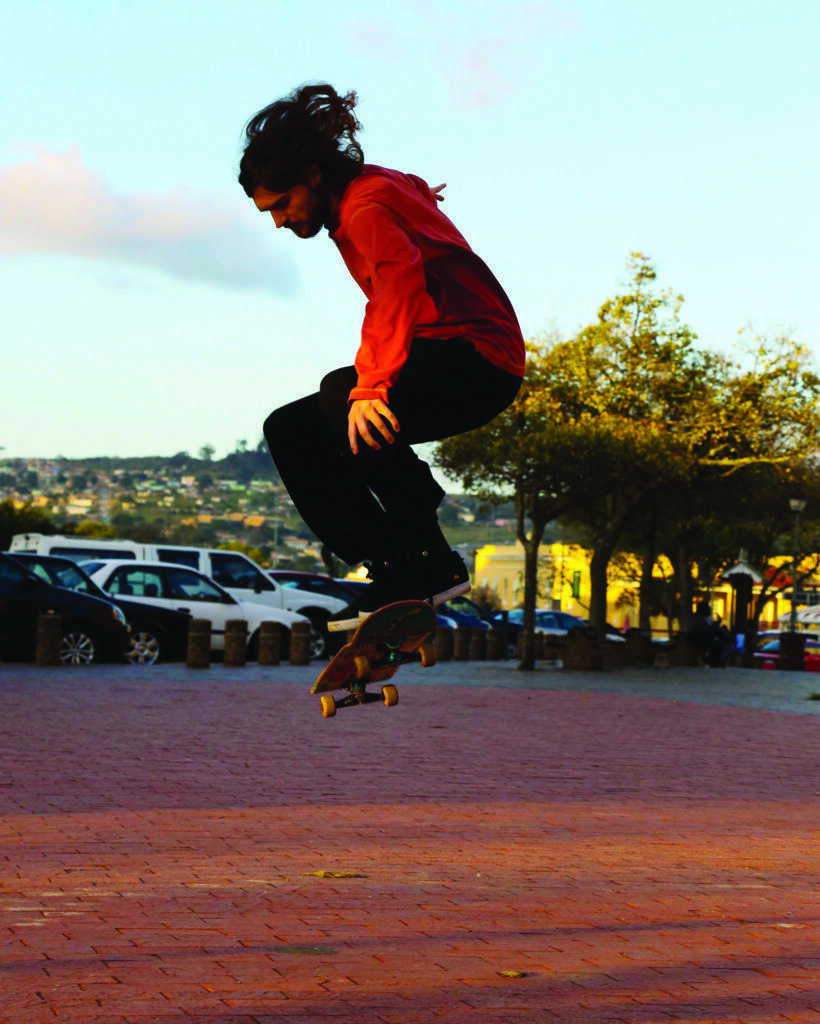 It is impossible to deny the disparity that permeates Grahamstown. The division between the West and East of the city is visible and enduring. Skate Ubuntu, a non-profit community project, aims to help bridge the resulting social divides through the creation of a communal skate park. The space could help to uplift, engage, and connect citizens, particularly the youth.

The proposed park would be a collective place. “[Skate Ubuntu] was inspired by wanting to create a communal area, where people recognise that they’re living within this shared space; that we need to acknowledge and uplift one another, and see how we’re all a part of this living, breathing city,” says Shannon Hansen, one of the organisers of the project and a fourth-year Bachelor of Fine Arts student at Rhodes University.

The skate park will ideally be an uplifting, unbiased, and safe place where people, especially the youth, can exercise, engage, connect, and find encouragement. It will be a neutral place which is not only for students. Instead, according to Hansen, it will belong to the Grahamstown community.

Making the park accessible is integral in ensuring that the project will be sustainable and enriching. Aside from building the park, Skate Ubuntu will host workshops on skating and fund resources such as skating boards and safety gear for those who cannot afford their own.

Another organiser, Sean Devonport, a Masters student in Computer Science at Rhodes University, says that skating is an ideal sport for uplifting the youth. Skating parks are generally accepting and supportive environments.

Similar community skate parks have been created in other developing countries, such as Algeria, Kenya, Nepal, and Afghanistan. In South Africa, skater Dallas Oberholzer opened up the Indigo Skate Camp in rural Kwazulu-Natal. These projects have apparently been successful in reaching out to and empowering the youth.

Hansen says that the skate parks can also provide an opportunity for the youth to develop their skating abilities. “[As they improve], it can help them gain confidence,” adds Sean. They can access competitions and possibly enter the professional industry.  South African skater Thalente Biyela started from humble backgrounds, and through the Indigo Skate Camp managed to travel to Los Angeles to pursue his dream of becoming a professional skater.

Skate parks are often negatively stereotyped. They are seen as places that promote antisocial behaviour such as taking drugs and alcohol. But a survey from the University of Western Australia suggests the opposite: the youth are arguably more prone to antisocial behaviour when they lack real opportunities for entertainment and engagement.

Skate Ubuntu has partnered up with Rhodes University Community Engagement, and with the help of the municipality, they have manged to secure a venue for the park in the community sports centre situated in the Hlalani Location. They hope to build the first five-foot mini ramp by the end of the year.

Their short-term focus is to find community partners from Hlalani Location and the wider Grahamstown community who might want to take part in the funding, planning, development, or sustainability of the park. They also plan to have a number of fund-raising events throughout the year.

Skate Ubuntu is hosting their first fundraising event on Friday (18 May) at Slipstream Sports Bar. It will boast a number of genres including rock and reggae. Drop in to support the cause.