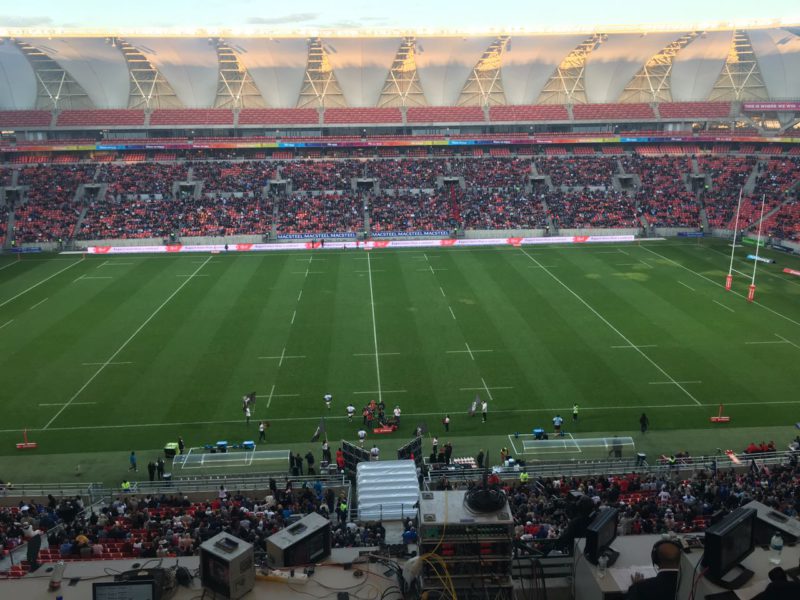 SA Rugby confirmed this week that the first match of the Castle Lager Rugby Championship will take place on Saturday 19 August at the Nelson Mandela Bay Stadium in Port Elizabeth, when Argentina clash with the Boks.

The following week, the Springboks will be in action in Argentina against Los Pumas (Saturday 26 August, in Salta), where after it’s the first bye weekend.

The Boks’ traditional tour to Australasia is in early September for matches against the Wallabies (Saturday, 9 September, NIB Stadium in Perth) and All Blacks (Saturday 16 September, QBE Stadium in Albany).

A second bye weekend follows the tour before the Springboks head home for their last two encounters. They head to Blomfontein for the first time since 2010, on Saturday 30 September against Australia at the Toyota Stadium. Springboks will then face New Zealand in Cape Town on Saturday 7 October.

The venue in Cape Town is dependent on the outcome of an application for a safety certificate in relation to the first choice venue, DHL Newlands.

This will be the All Blacks’ first visit to the Mother City since 2008 and the 10th time these two teams will clash in a Test in the Western Cape in 89 years, when New Zealand first played in Cape Town.