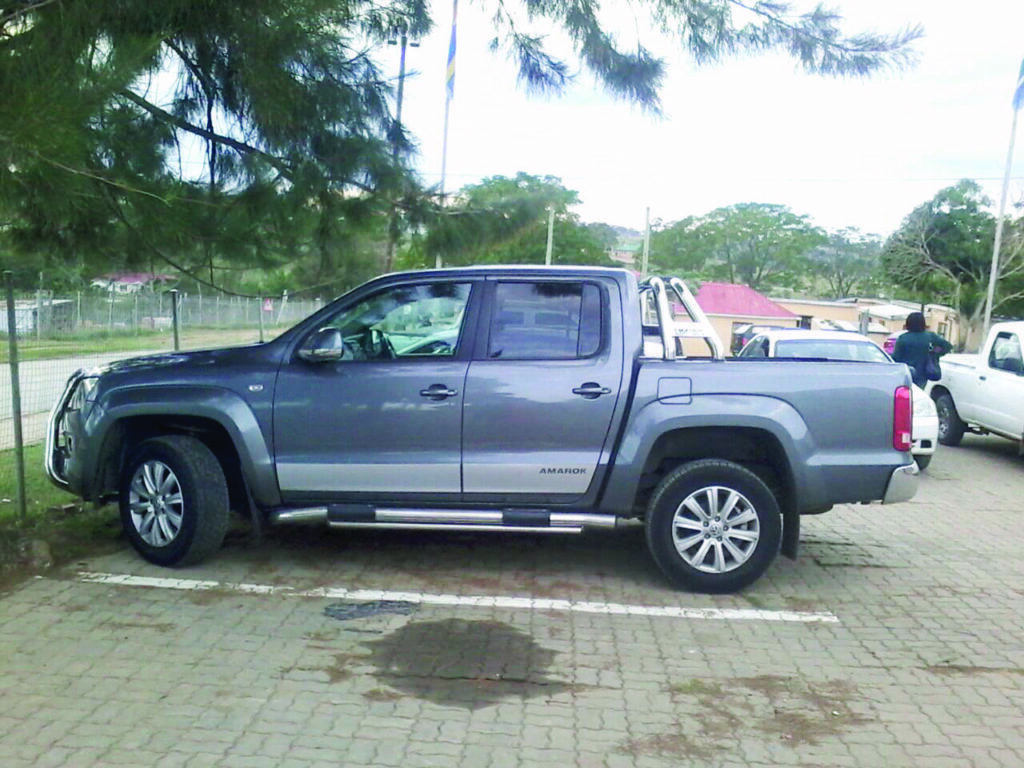 The two vehicles that Police recovered on the N2 this week. Photo: Grahamstown SAPS.

Following up on information received, the vehicle was spotted driving towards Peddie. A chase ensued and the team intercepted it on the N2 just before Peddie.

A 29-year-old man was arrested for possession of suspected stolen motor vehicle and detained at Peddie. He will appear in the Peddie Magistrates Court shortly.

“On checking the vehicle, the system reflected that it had been stolen in April this year from Walmer in Port Elizabeth,” Govender said.  “While the vehicle was being towed to the vehicle pound, the members were following the breakdown vehicle, when they noticed a 1400 Nissan bakkie on the N2 next to the road opposite the Salem crossing.”

A chassis number check showed that the vehicle had been reported stolen in April.

“The value of the vehicles recovered amounts to R135 000,” Govender said. No arrests have been made, and it’s still unclear why the vehicles were abandoned.