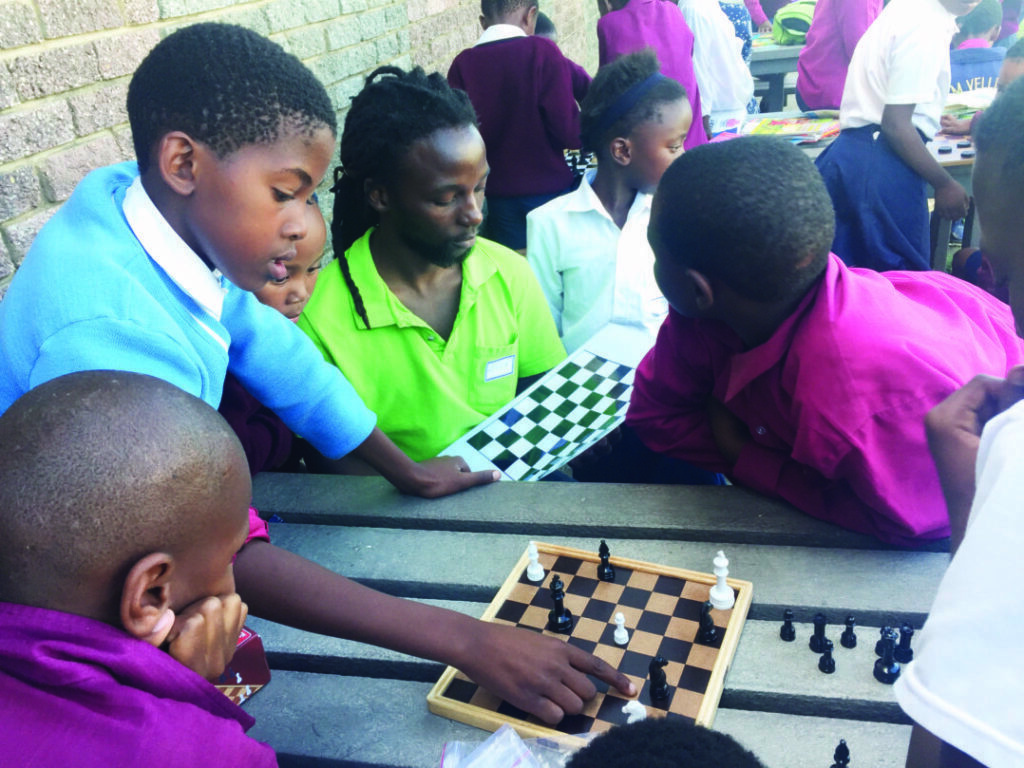 Pro Carmine choirmaster, Peter Breetzke, handed over nearly R5 500 to the Joza Reading Club on On Wednesday. The money will help buy new books and fund the translation of some existing ones into isiXhosa. The cash was raised at Pro Carmine’s joint concert with visiting UK choir, Moorland Voices, at the National English Literary Museum (NELM) last month, and is the highest total ever collected at a single Pro Carmine performance.

The club, which runs out of the Joza Youth Hub, aims to get Foundation Phase children into reading.  Youngsters from local schools are taken to the centre twice a week, where student volunteers from Rhodes involve them in reading, writing, games and singing. They’ve also recently started teaching the children chess.

“Our aim is to develop biliteracy, and there is no doubt that the Reading Club activities are enabling our children to become engaged and fluent readers,” said Esther Ramani, one of the project organisers.

She added that their books are old and tired and need replenishing. “The money raised from the concert will go towards buying more books – especially in isiXhosa – to start more children off on their reading journey.”

A group of Grade Twos and Threes from the Club started last month’s concert off with two songs in isiXhosa and one in English – which proved a real treat for the UK visitors and clearly inspired the packed hall. Peter Breetzke believes that the worthiness of the cause was just as important as the quality of the music. “It was a real treat to sing with Moorland Voices and it was an evening of some excellent music. But I think people were especially touched by the children. We would like to thank everyone who came and gave so generously.”

The two choirs sang individual pieces, but also came together for four numbers – including former Rhodes Head of Music, Christopher Coburn’s arrangement of Michel Legrand’s classic Windmills of Your Mind, which Moorlands Voices learned especially for the performance.

This is the second time that Pro Carmine had partnered with NELM to raise money for a literacy based charity – the first was last September in aid of Project Read.

Peter Breetze said, “We’d also like to thank NELM for making their magnificent venue available. It was a perfect spot for the choirs to perform together and the space clearly inspired people on the night.”