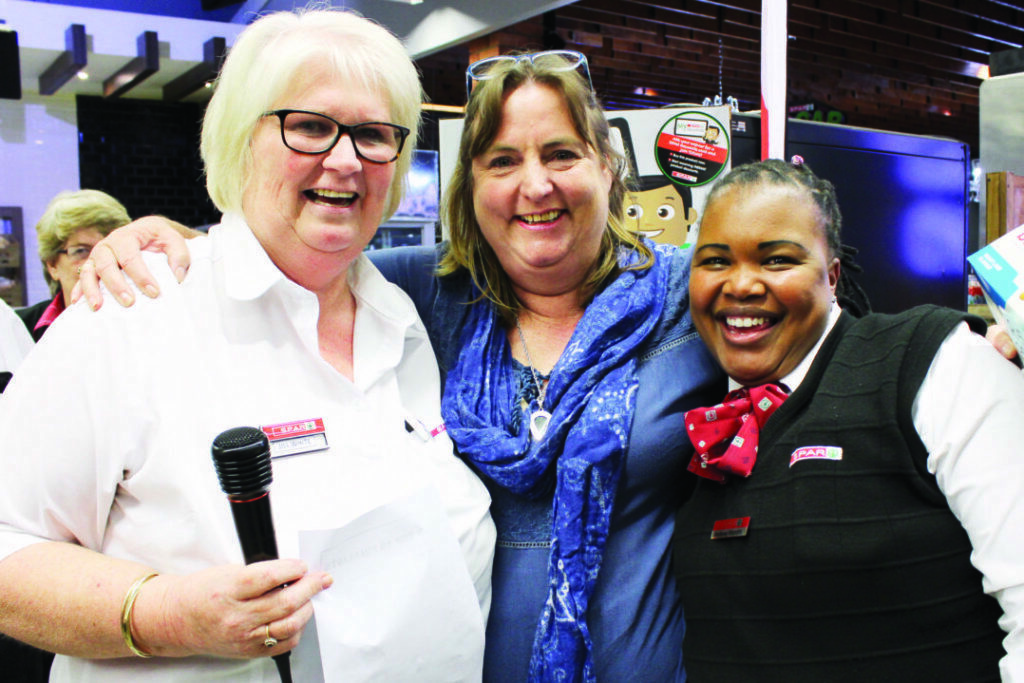 SPAR Oak Cottage in Grahamstown was a hub of excitement last weekend, with the SPAR Win a Car and Victoria Primary School Trolley Dash winners enjoying their prizes in a festive atmosphere.

Friday evening saw Kim van Wyk emerge the winner, in an in-store draw where each of the 10 finalists had the chance to try out a key in a lock.

Van Wyk’s success got her the keys to a bright-red VW Up – “Amazing, absolutely amazing. Over the moon!” said Van Wyk, who lives with her family on a farm in the Southwell area.

Meanwhile, the Victoria Primary School recorder and violin ensembles performed to a delighted audience outside the store, ahead of the final draw for Saturday’s Trolley Dash. Residents from the nearby flats stood on the balconies, with some even coming down to the supermarket foyer to listen as Susan Kunju’s violin ensemble played encore after encore.

Clint Daniels won the draw for the Trolley Dash and the next day he was given 90 seconds to grab as much as he could in the store’s aisles. The event was to raise funds for the school’s 2018 Grade 00 and Grade R classes.

On Saturday, 6 May, Victoria Primary School had a Trolley Dash at our local SPAR.

VP scholars have been selling tickets to family and friends since April and for the last two Fridays before the draw, VP girls and PTA members sold tickets to the wider community at the SPAR,  accompanied by the talented VP music students and orchestra.

The draw on Saturday included 10 finalists and Clint Daniels’s name was drawn as the winner of the “Dash”. He charged around and managed to gather as much as he could in the 90 seconds allocated to him. He even managed to add a huge bag of pellets for his dog!

SPAR generously hosted a second Trolley Dash for charity, which was run by the Victoria Primary Headmistress, Colette Kaiser. All the groceries she loaded will be presented to two local charities namely House of Joy and Eluxolweni.

This event was an initiative to raise funds for the introduction of a Grade 00 class as well as the addition of a second Grade R class at VP.

To watch the action: bit.ly/GrocTrolleydash