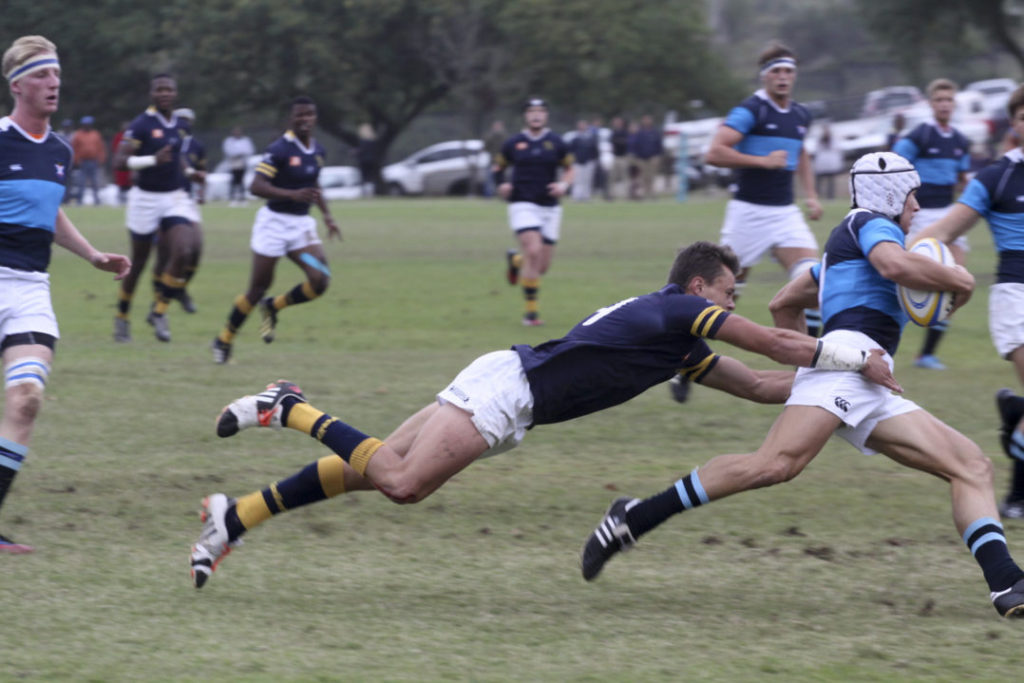 Update #23: FULL-TIME: GRAEME 10-25 ST. ANDREW’S. A convincing display from SAC, but Graeme pushed them close in the first half.

Update #22: A SAC attack is stopped just short of the line and Graeme look to counter. Just two minutes left.

Update #19: PENALTY! More goes for goal and the flags go up. SAC lead 10-18 and Graeme are in a perilous position on their home turf.

Update #17: The St. Andrew’s away support is strikingly vociferous today.

Update #16: A fantastic run from Bukhosi Mhlambiso nearly results in a Graeme try, but he is dragged down.

Update #15: St. Andrew’s have kicked off the second half.

Update #8: TRY! More puts SAC ahead! Charlie Flemming initiated the attack with a superb run, but the Graeme defence held firm at first. SAC kept pushing and eventually found a way over. 7-8.

Update #7: PENALTY! Matt More puts some points on the scoreboard for St. Andrew’s! 7-3.

Update #6: The try is converted! Sivuyisiwe Ngqiyaza nails the kick. 7-0.

Update #3: St. Andrew’s are applying pressure on the Graeme tryline early on. Still no score here at Somerset Field, though.

Update #2: The game has kicked off!

Update #1: Hello and welcome to our live coverage of this derby between Graeme College and St. Andrew’s College at Somerset Field.