Kabuso Report back in focus 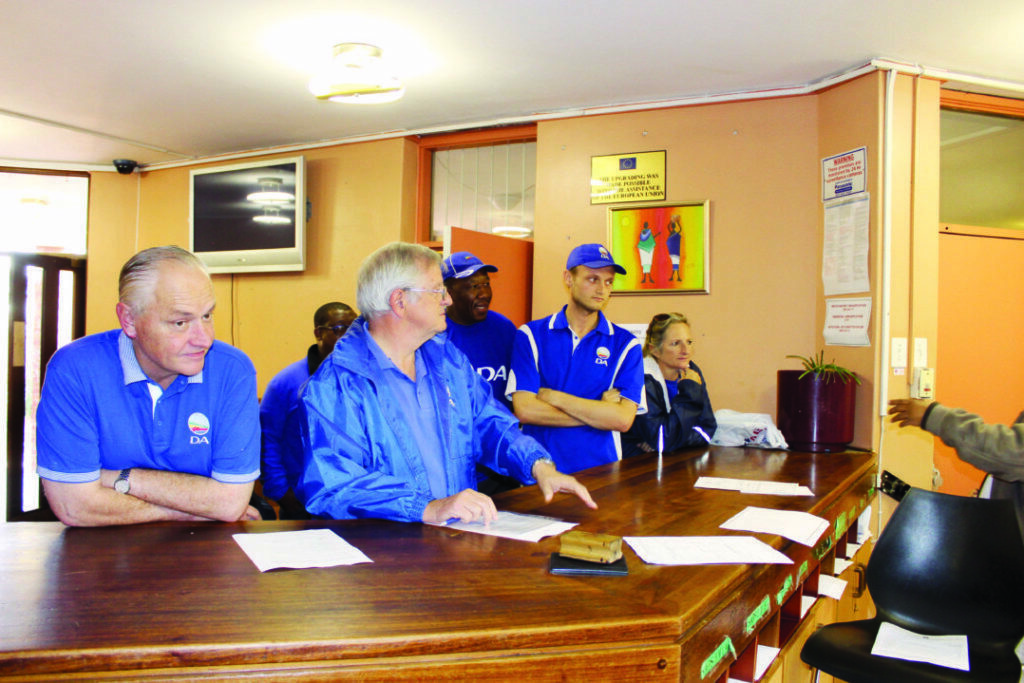 The DA caucus in the Makana Council Wednesday 3 May laid a complaint with the Grahamstown branch of the South African Police Service, in terms of the Prevention of Corruption Act, handing over a copy of the Kabuso Report, which implicated individuals in office in the municipality from 2011 to 2015. Meanwhile the EFF in Wednesday’s Council meeting expressed dissatisfaction at the response to a motion they submitted to Council regarding the implementation of the Kabuso Report.

Signed by councillors Brian Jackson and Brian Fargher, their statement said they were reporting offences committed during the term of the 2011-2015 Council in terms of the Prevention and Combating of Corrupt Activities Act 12 of 2004.

The offences, they said, had been detected in the Kabuso Forensic Report “implicating administrative staff and politicians of the Makana Local Authority”.

The councillors noted that the first and original version of the report was titled “Final Report” – “before the various political players allegedly compelled the audit firm to issue two further versions.

“Although the SIU is aware of the Kabuso Report, to the best of our understanding, no report to the Police in terms of the Act has been made,” their statement read.

“We got the impression that certain people would rather that the issue would be shelved and forgotten,” Nhanha said. “We warned them that we would not allow this to happen and if they were not prepared to act, we were.”

Nhanha said the alleged corrupt activities of senior administrative staff and ANC councillors highlighted in the report had compromised basic service delivery to the community.

“As the DA and as firm believers in the rule of law and justice, we will ensure that our utmost is done in ensuring that those implicated are held accountable,” Nhanha said.

Watch the video at bit.ly/GrocDAComplaints

Meanwhile EFF councillor Mzwandile Qotoyi in Wednesday’s full Council meeting expressed dissatisfaction at the response he had received to a motion regarding the implementation of the Kabuso Report. In his written response, acting municipal manager Mandisi Planga explained that a file containing the responses of different employees to the allegations against them had gone missing from the office of Makana’s Legal Manager.

Regarding axed strategic manager Mncedisi Boma, Planga said over and above a civil claim against him for R280 000 owed to Council, a criminal case had in December 2013 been opened against him for theft of a file belonging to Naidoo.

“Since there has been no progress with the matter, the case was reopened in April 2017,” Planga responded. “The Kabuso report was then handed over to SAPS to also investigate all the allegations of fraud mentioned in the report.

“This will also cover the investigation of all those employees who have left the employ of the municipality. SAPS will hand over the report to the Hawks.”

Because of the magnitude of the allegations and the amounts involved, Council Speaker Yandiswa Vara requested an update on the Kabuso Report from the acting municipal manager at every Council meeting.