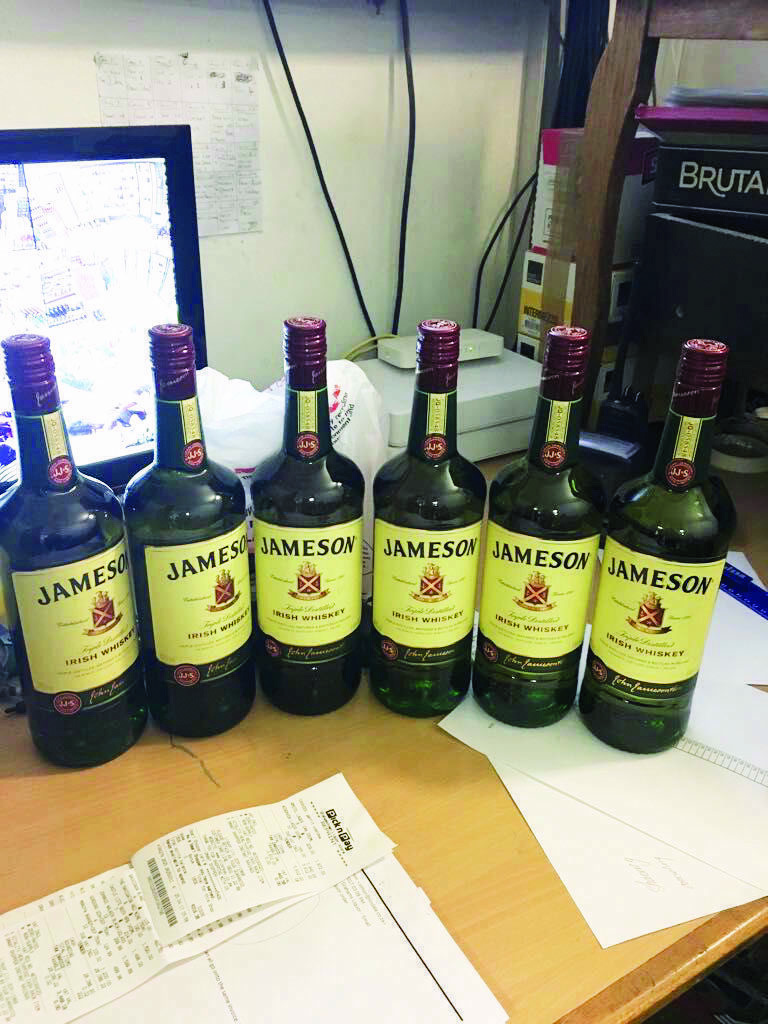 A man and two women who allegedly specialise in retail thefts were arrested in Grahamstown this week in a joint operation by members of Crime Intelligence and visible policing, according to Grahamstown Police spokesperson, Captain Mali Govender.

“Thefts have been a crime of concern and with the assistance of the community and networking with local businesses, members of the police gathered information on the trio and caught them on the act after they committed another theft from a local liquor store on Tuesday 25 April,” Govender said.

Alcohol worth over R3 000 was seized and investigators were working with several complainants who had been victims of theft. Govender said police believed those arrested might be linked to a notorious trio who had been operating  between East London and Port Elizabeth.

The suspects faced charges of theft and would appear in the Grahamstown Magistrate’s court before the end of April, Govender said.

Grahamstown Cluster Commander Brigadier David Kanuka praised the teamwork by the units for their commitment, saying they continued to restore community confidence through fighting crime.