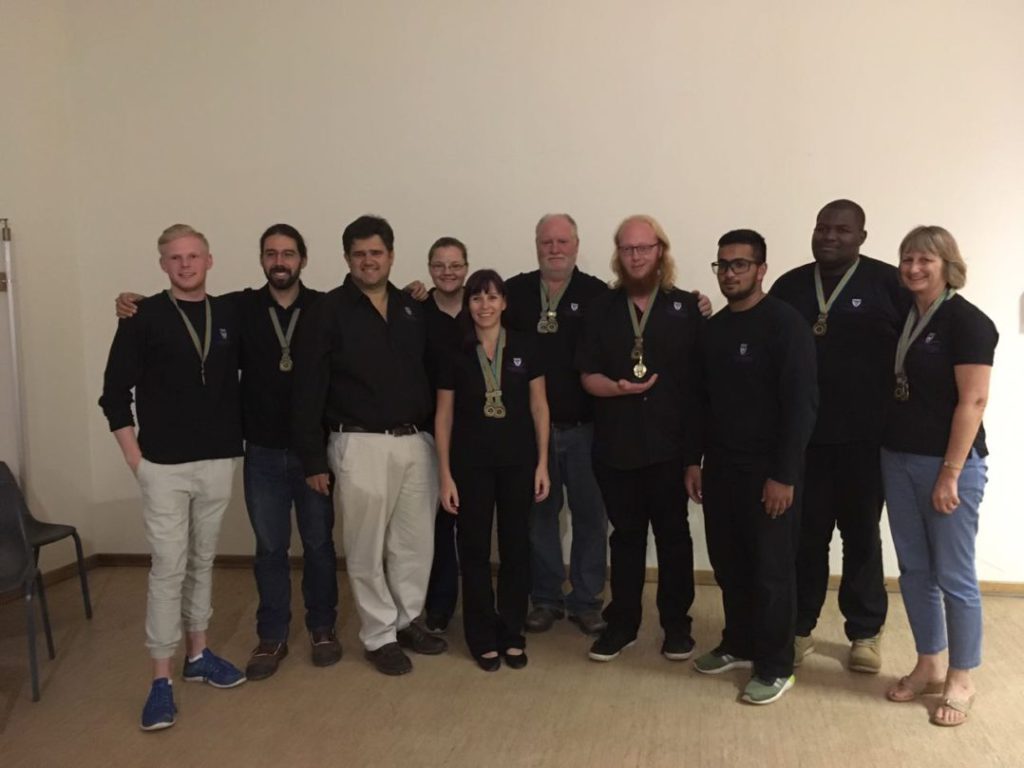 A 10-person team from the Rhodes University Rifle Club participated in the South African Target Rifle (SATRA) Championships held in Bloemfontein from 10-13 April. The competition took place in five classes, with Rhodes having representatives in four of these.

Classes A, B, C and D are shot according to International Sport Shooting Federation prone rules, with athletes divided into classes based on ability. F class is an open class, shot under SATRA rules. Competitors in this class are allowed to use target rifles fitted with telescopes and bipods.

The Rhodes challenge was again led by Graeme Schmeldt. After dominating the D and C classes at the previous two championships, he found the going a bit tougher in the B class, but finished a very credible 20th overall (all prone classes) for the tournament. This is the best overall performance by a Rhodes athlete in recent years. In the process, he set a new personal best of 577, improving on his previous best of 573 set at the Eastern Province (EP) Championships last year.

In C class, Karen Bradshaw finished 3rd in three of the five matches to secure the Bronze medal overall for the tournament, setting a new personal best score of 556.

Masixole Njengele, who took up shooting after being introduced to the sport through the Inter-Res tournament in 2016, won Bronze in match four and finished 4th overall in D class. Teammates Michael Bertasso and Usman Hayat finished 6th and 7th respectively in this class. All three of them also set new personal best scores.

Bertasso teamed up with Julia Wilson, from the Victoria West club, to secure Bronze for the EP junior team. Furthermore, Bertasso was selected as part of the team to represent South Africa at the British Junior International tournament in Bisley in England later this year. Hayat was selected as 1st reserve for the same team.

In F class, Geoff Bagshawe-Smith from Rhodes and Gerrit Vlok of PJ Olivier teamed up with Calvyn Vlok and Ewald Stoltz, both from Victoria West club, to secure a 2nd place for EP in the team competition. Gerrit Vlok also won 3rd place in match two as well as finishing 2nd overall of the veterans in this class. Annelize Connan, who took up shooting after participating in the Grahamstown Open last year, finished 3rd overall in the F class ladies competition. In the JH Briel match, Gerrit Vlok finished 5th, Annelize Connan 11th, Geoff Bagshawe-Smith 12th and Greg Linklater 13th.