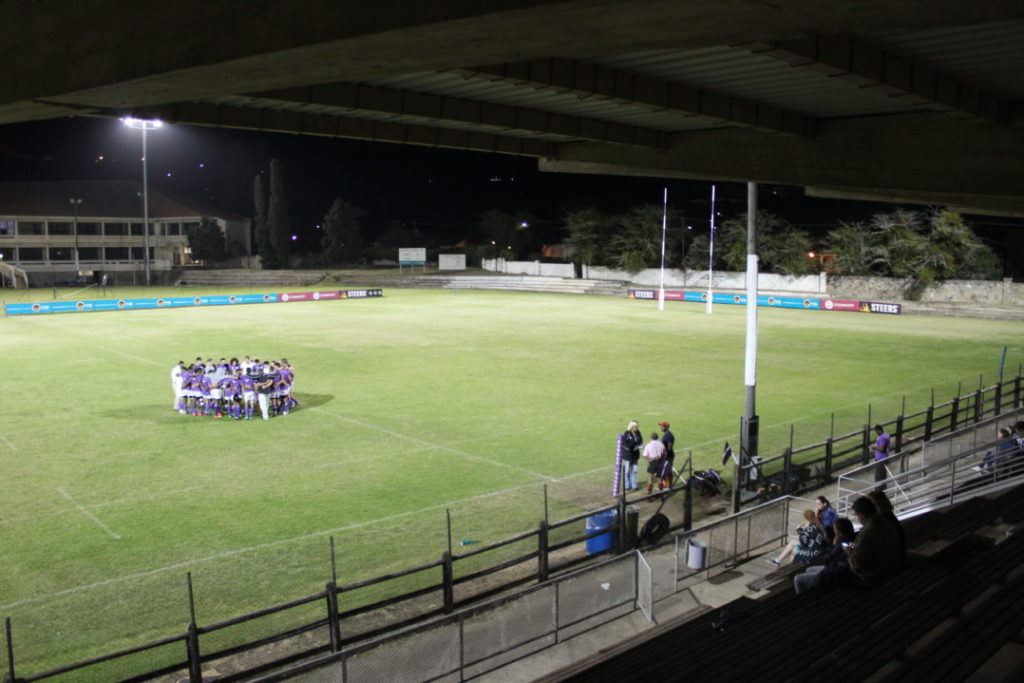 The Rhodes Phoenix Team set up a huddle in front of an empty stand as their opposition, Old Collegians, fails to show up in time for Kick-off. Photo: Sarah Connock

The Rhode’s Phoenix’s Rugby Club were scheduled to play Old Collegians Rugby Club on 21 April at Great Field as part of the South-Eastern Districts Rugby Union (SEDRU) tournament, but won the points without kicking a ball.

The match was scheduled to kick off at 7pm on the Friday evening, and while, match officials as well as the Rhodes Pheonix team arrived in time for warm-ups the opposition had not arrived.

According to Rhodes Rugby manager Elize Everton, the game was arranged between the two teams, with Old Collegians deciding on the date of the match. Yet 15 minutes after kick-off time, the Phoenix’s team were still waiting.

Apparently Old Collegians were under the impression that the match was move to 22 April due to graduation, which Everton denies, claiming that Phoenix had been training since 19 January in preparation for this and other matches.

Everton could not hide her frustration at the disruption and is seeking a meeting with the SEDRU committee to discuss what happened and how to prevent such occurrences in the future.

The match officials awarded the game and points to Phoenix by default.