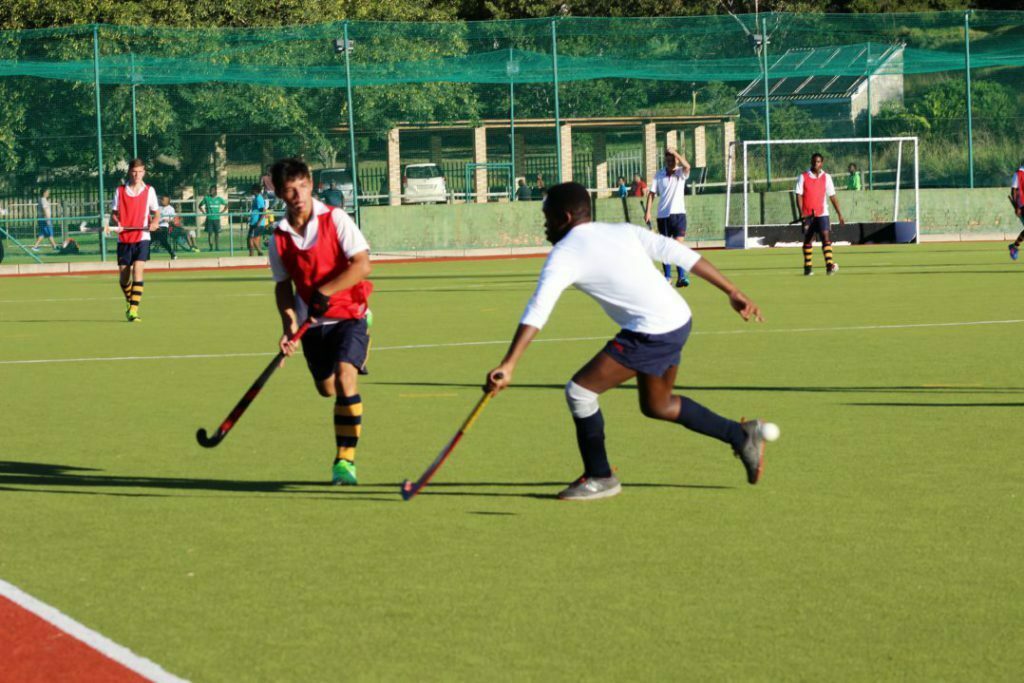 Graeme secured the first goal with L. Feni scoring in just minutes of the first chucker and came back into the second chucker to score another goal. L. Makele made a beautiful breakthrough for Port Alfred by intercepting a pass at the halfway line and went on to run straight ahead finishing off his hard work with a lovely simple hit from the top-d into the goal posts. Unfortunately, the scoreboard did not reflect their amazing efforts. L. Zondani managed another goal for Graeme after a short corner for the 4-1 score at the end.

K.Emmanuel seemed to be the ray of light that gave the Graeme College second team the early lead they had worked so hard for, scoring two goals. The Port Alfred side came back in the second chucker thanks to a qucik goal by B. Erasmus. He showed off his flaming hot talent on the turf scoring the second of his two goals with an effortless looking flick into the top corner of the goal posts. Port Alfred’s Y.Melani scored a goal in the third chucker giving them a 3-2 win.

The games were arranged for the coaches to get a feel of the players and their positions. Graeme College has just recently started off their season and the Port Alfred side only start theirs this Saturday. Definite teams and positions will be assigned to the players after this game’s performance. Both teams clearly have the potential to make a success out of the season ahead especially among the younger players within the teams. Amazing efforts, hunger and drive for hockey was evident in this pre-season friendly games.